“I am not sensitive to formal things but I am better at emotional things. Therefore, I chose to ‘tend to what to paint’, a kind of direct way of emotional exchange.”
– Haiyang Wang 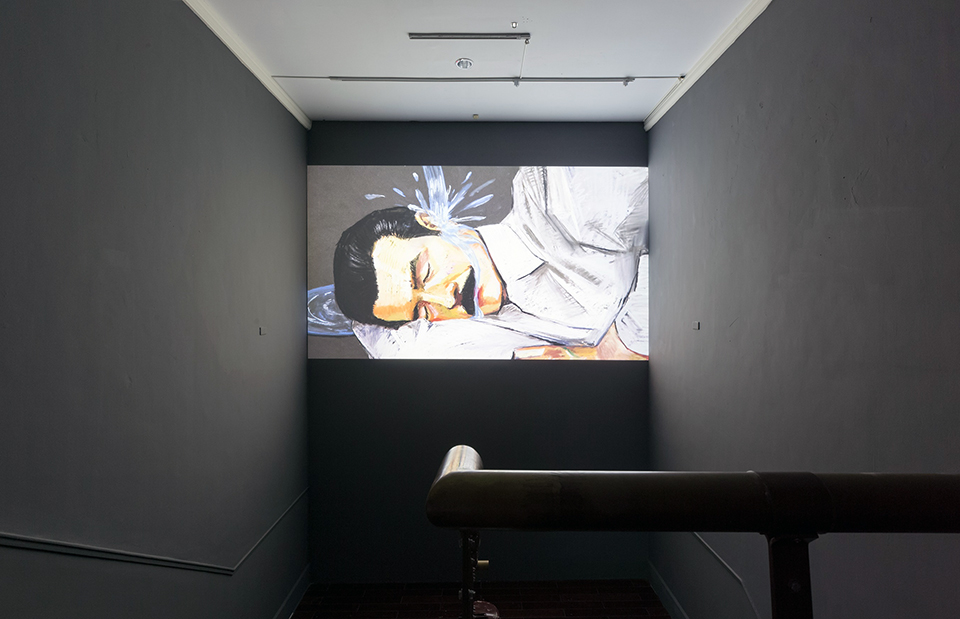 Graduated from Bachelor of Fine Arts, Central Academy of Fine Arts, Beijing, China with his major in printmaking, Wang Haiyang’s body of work represents a series of “stop motion animation”, the contrast after the academic is being dramatized. Time is being compressed and extended in his painting and hand drawn animation. His artistic style formed by the changes and randomness in graphics. Extended from “Spectrosynthesis” in 2017 to “Spectrosynthesis II” in 2019, “Wall Dust”, his representative work has also been exhibited in Bangkok, exploring broader issues in the new artistic context. 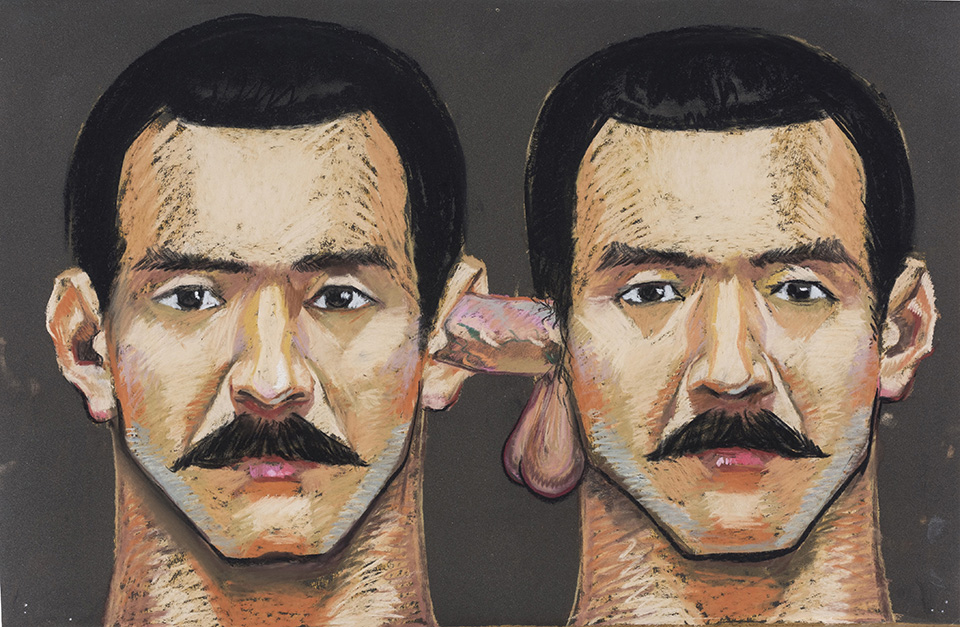 In 2012, there was a change in Wang’s direction of artistic creation. The turning point in his life after surgery led him to think about different contexts and creative techniques. The time recalled after surgery, “At that moment I thought the world was being compressed, from becoming smaller to eventually as a dot. And then, I wanted to look for the depth of this dot. During the internalized process, only conscious thoughts and concepts of time left. Those feelings of life are the part I want to express the most, but they are untouchable.” His self exploration brings up Wang’s artistic creation, including painting, watercolor painting and animation. His figurative creation in the early period crossed over his abstract figurative creation while his two-dimensional canvas interweaved multi-dimensional space. Wong’s thought on his work has been turned from simple to connotative but elusive emotions.  Instead of the original form of painting, animation is used to express himself. For Wang, it does not mean to abandon painting but it is more interesting to explore their hidden connections after they are combined.

“Wall Dust” is the last episode of Wang’s trilogy of animation. “Freud, Fish and Butterfly” and “Double Fikret” are the previous two animations. Under the non-narrative background, animals, plants and people are randomly combined. They are sometimes peaceful and interesting while there are sometimes sexual connotations. The name of his work originated from the concept of “One Sand, One World”, which is similar to a grain of corn in the wide sea. The dust is split into molecules, ions, protons and neutrons, spying on the world. The stop motion screen drawn by chalk is brought to Fikret’s surreal world. By the use of dazzling color, still screen and random arrangement, Fikret is being spied in a world full of loneliness, weirdness, absurdity and eroticism.

Wang Haiyang, Seize the Moment or the Moment Seizes Me, 2016 | Image courtesy of the artist and Capsule Shanghai

In 2016, Wang also created five experimental video works, looping on the monitor and attempting to seek for a brand new thinking path. After all, “stop motion animation” is still his most familiar form and foundation in his body of work. In “Seize the Moment or the Moment Seizes Me”, Wang focuses on the tension between the temporary state and time stretch. After writing on the sandpaper, the last moment is deleted by a rubber eraser. The stop motion animation in the next moment and the trace in the last moment overlap on the same canvas. In “Proof of Existence”, the sandpaper is filled by the calcium tablet, and the white canvas is gradually smeared till fully covered by charcoal pencil. The cross survival of the calcium tablet and the charcoal pencil reflects a certain kind of resistance as well as their own life track. 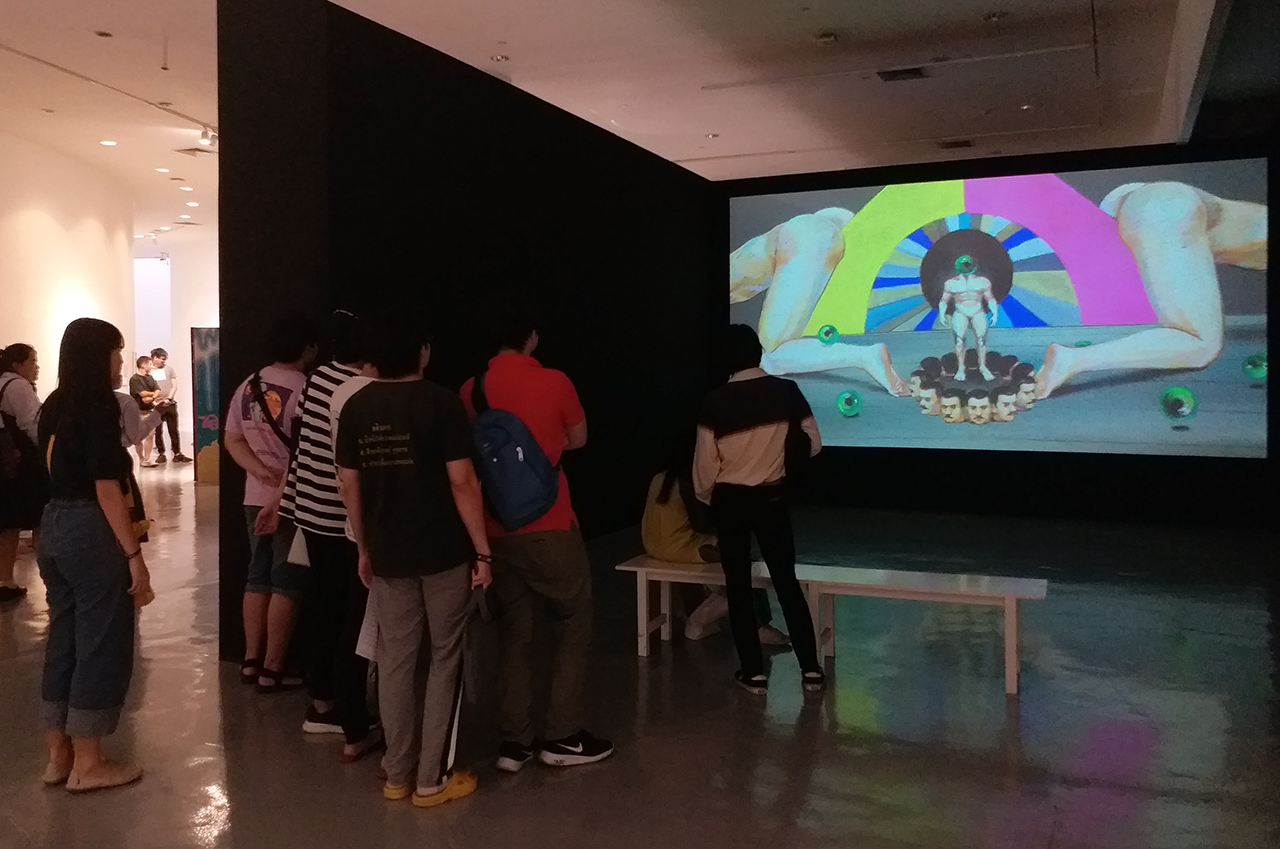