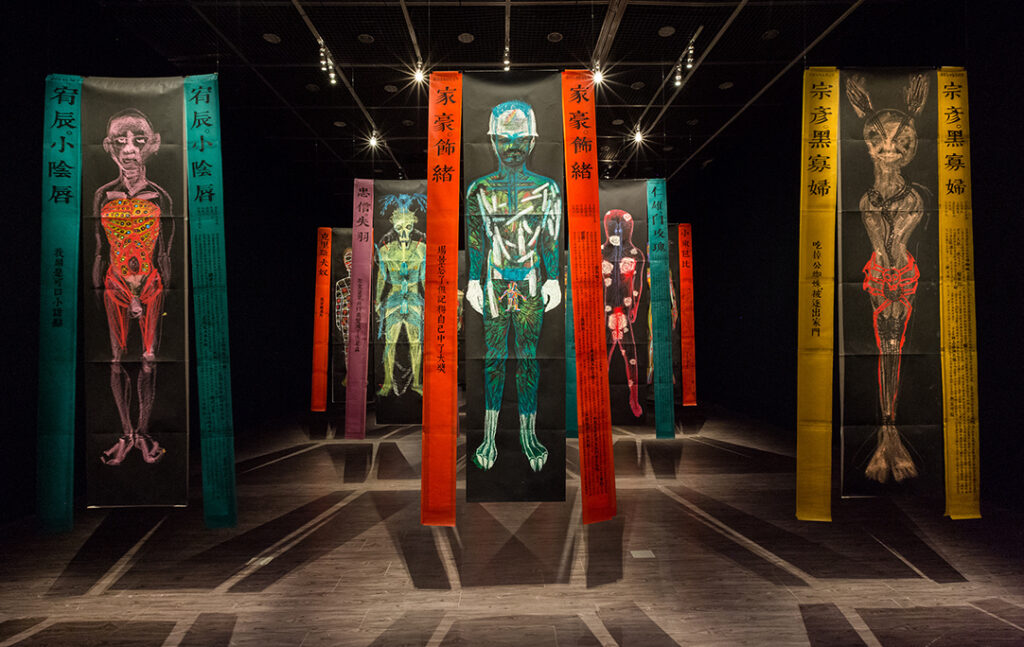 “Handling the most important problem that you need to face and solve now is the most accurate and powerful creation. Honesty is crucial. Point to the core and don’t dodge. If you dodge, you don’t know what to do. When scruples are there, you are distracted and unable to strike with all your strength. But honesty is directed at oneself, not to others.” — Hou Chun-Ming 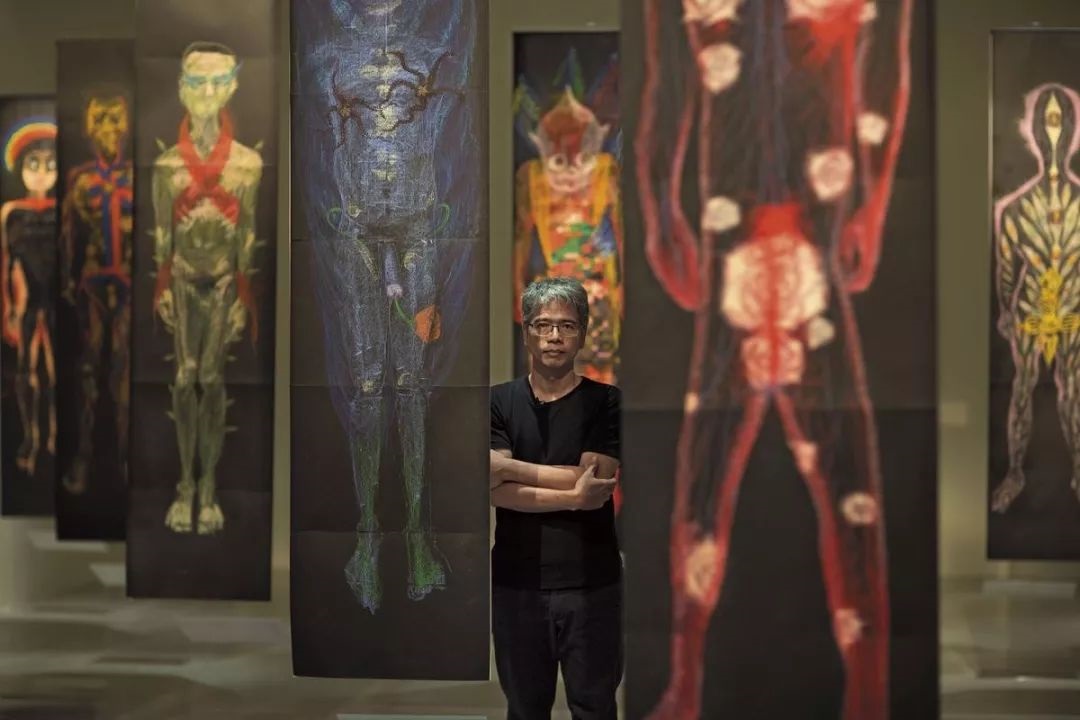 Hou Chun-Ming | Image courtesy of the artist and Mirror Media

Born in Taiwan in 1963, Hou Chun-Ming graduated from the Taipei National University of the Arts. His creative topics are related to religion, sex, and folk custom. His perspective on things is very clear — the creator should not hesitate that does not have to be picky from absorbing the nutrition during the adolescent period but know how to discard when it is time to choose. 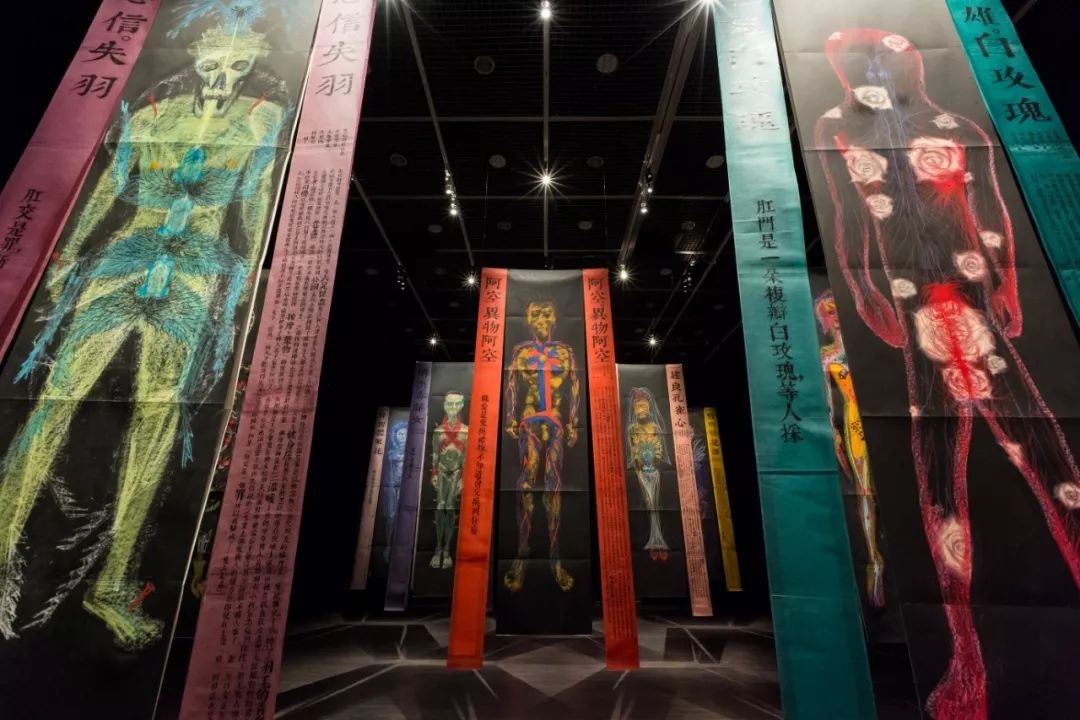 At the age of 20, he was the winner of the oil painting exhibition in Taiwan. Due to his work “Little Women”, Hou was invited to participate in the Busan Biennale. At his early 30, his work “Anecdotes about Spirits and Immortals” became the representative, taking part in the 46th Venice Biennale. Hou also wrote the history with the astonishing price record at international auctions. 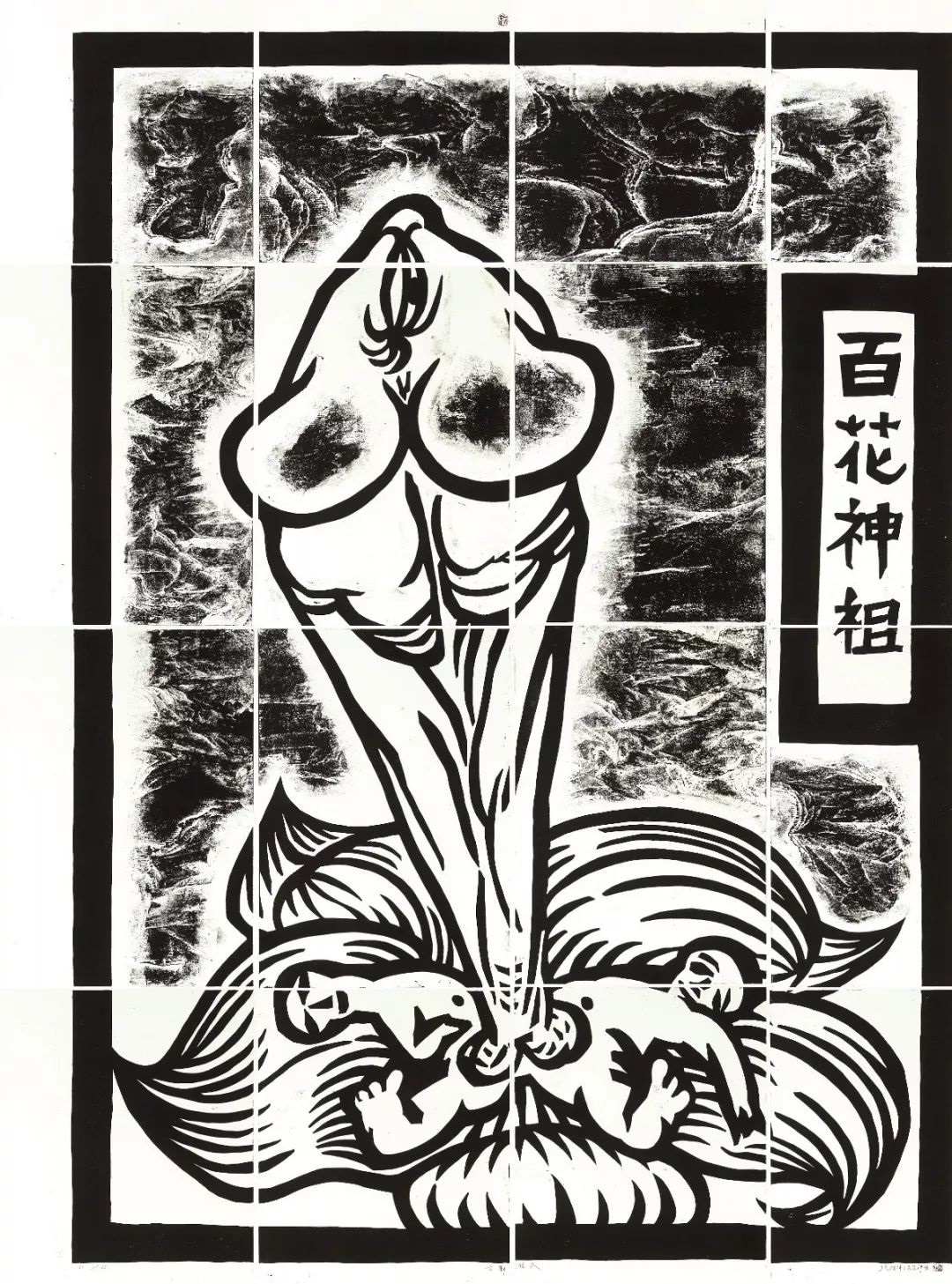 Hou Chun-Ming, “Anecdotes about Spirits and Immortals”, 1993 | Image courtesy of the artist and Sunpride Foundation

Hou bought “forbidden hill”, a hill on the ancient map in Taiwan and named himself as “the king of the forbidden hill”. While relying on the stimulation of external information, he heals himself in creation. His inspirations come from painting mandalas, driving alone, and weeding on the hill. 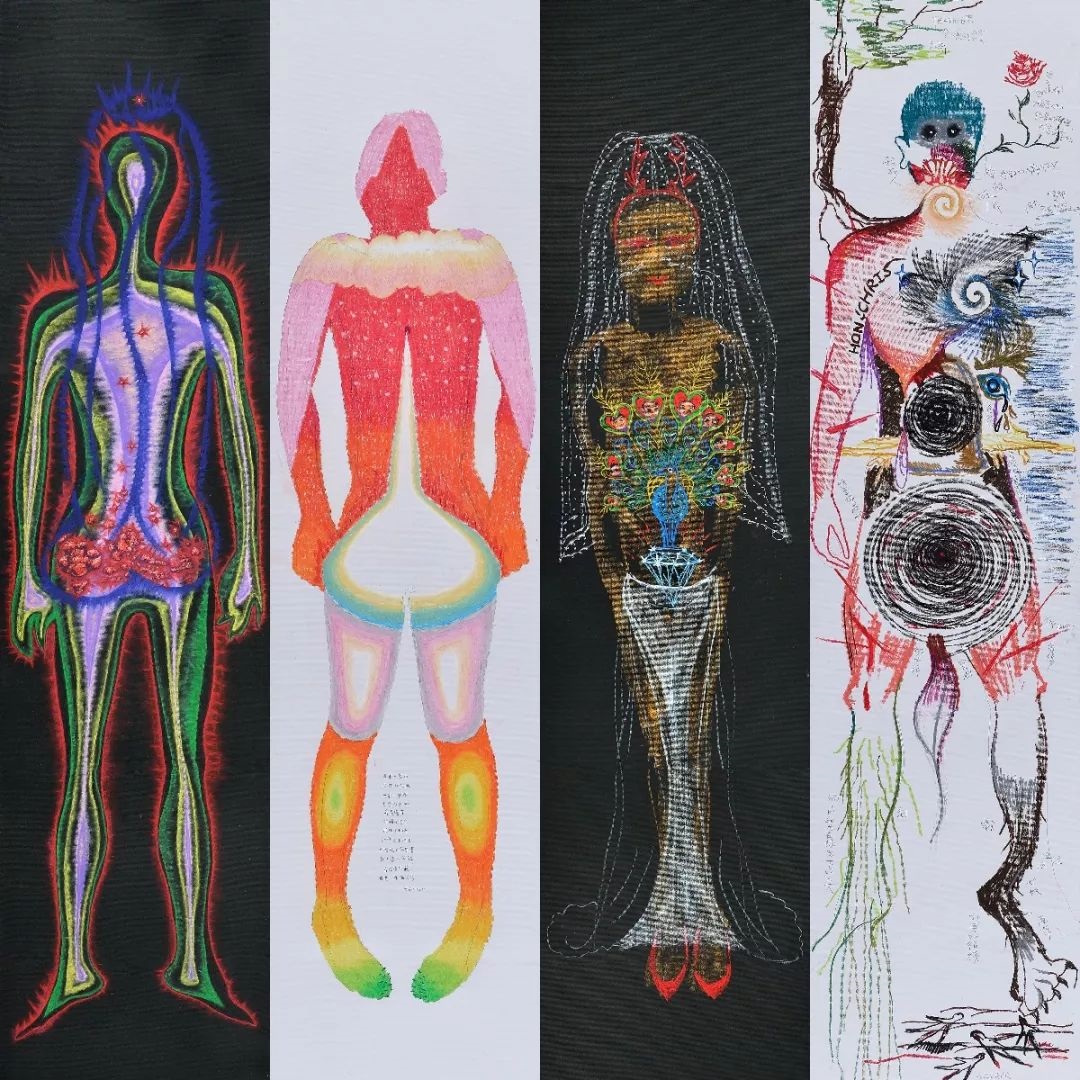 He once mentioned in his interview about why he loves drawing mandalas — gloomy and complex, rich and lonely flowers as if drawing circles. There are rules and regulations during the process of drawing circles, but there is no need to be restrained in the blank space. You can unbridle but not out of control. 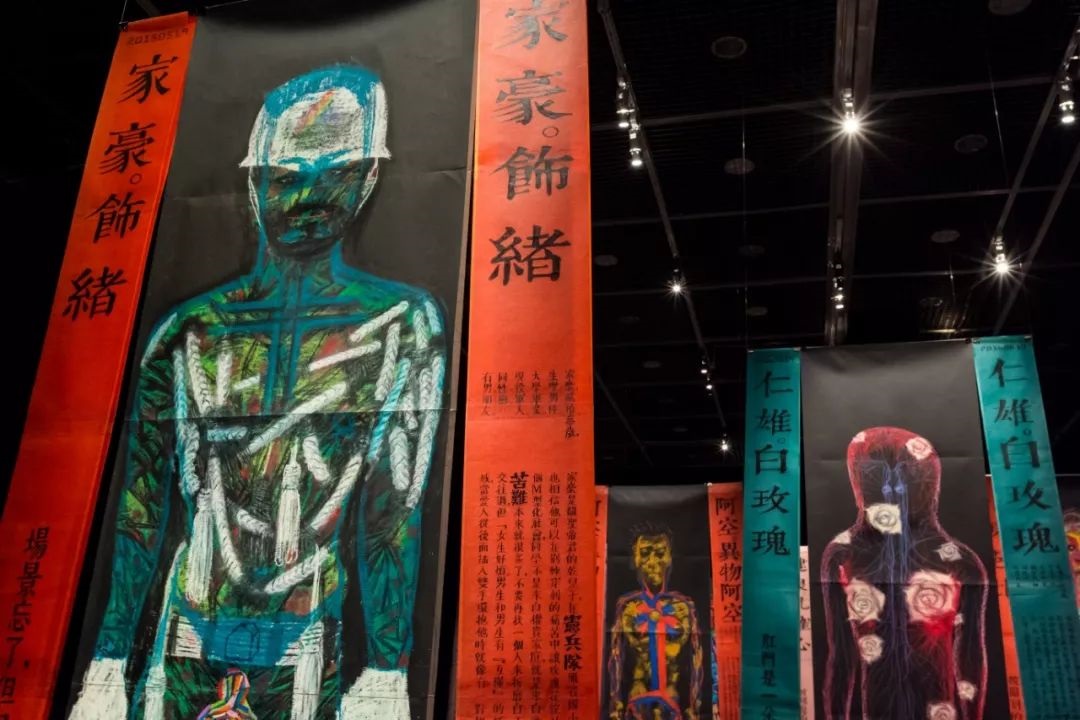 Hou’s large-scale installation is very natural. Graffiti, printmaking, crayon paintings, and free writing are like having a potluck. He pushed his artistic creation to a situation where he was inseparable from life. All kinds of forms, all kinds of traceability are contemporary, queer, natural, and casual. 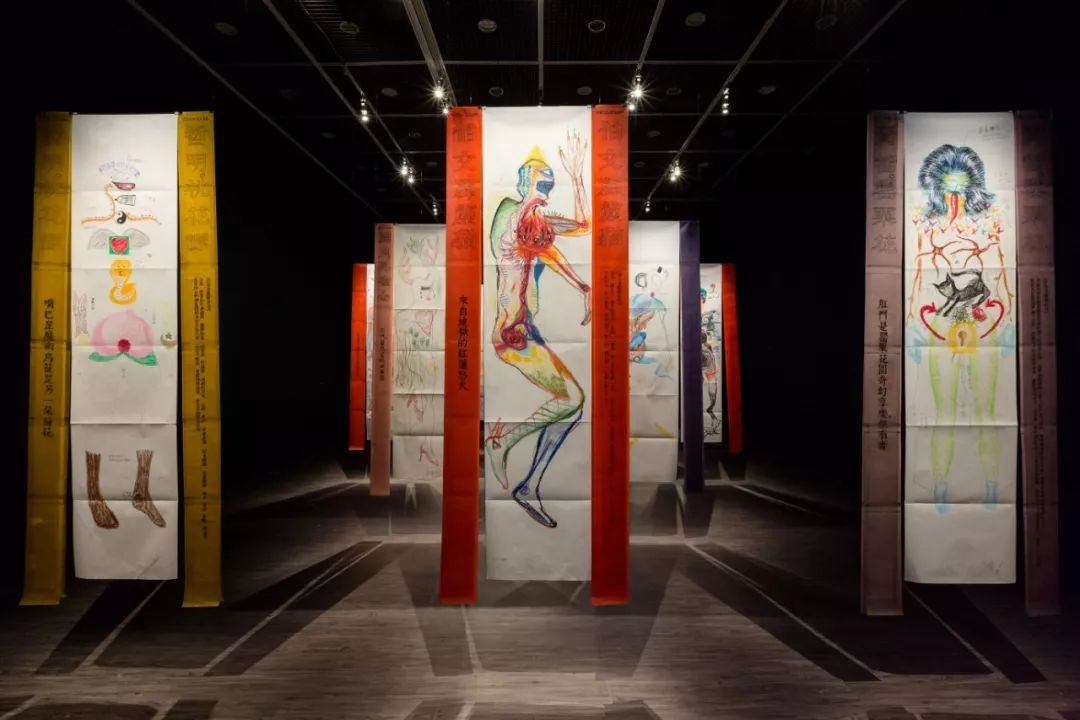 In his work, the feathering of human and insect, the gradual changing states and other processes cooperate with each other. This evolutionary story is repeatedly telling the eternal classic. Hou’s “creation in the garden” has no restrictions, no labels, and no annotations. He left his work for the audience to fill in the blank, interpreting the meanings by themselves. The audience can interpret the work as a growth, a regression, a repressive struggle for the body, and a transformation of the soul.

Artsy | What Does It Mean for Galleries to Support Queer Artists Today? by Josie Thaddeus-Johns