“Taking down to street level this time, I wanted to focus in close on some of the endless layers of conflict that has us all bound together… Always locked in, always locked out, winners and losers all…” — Martin Wong 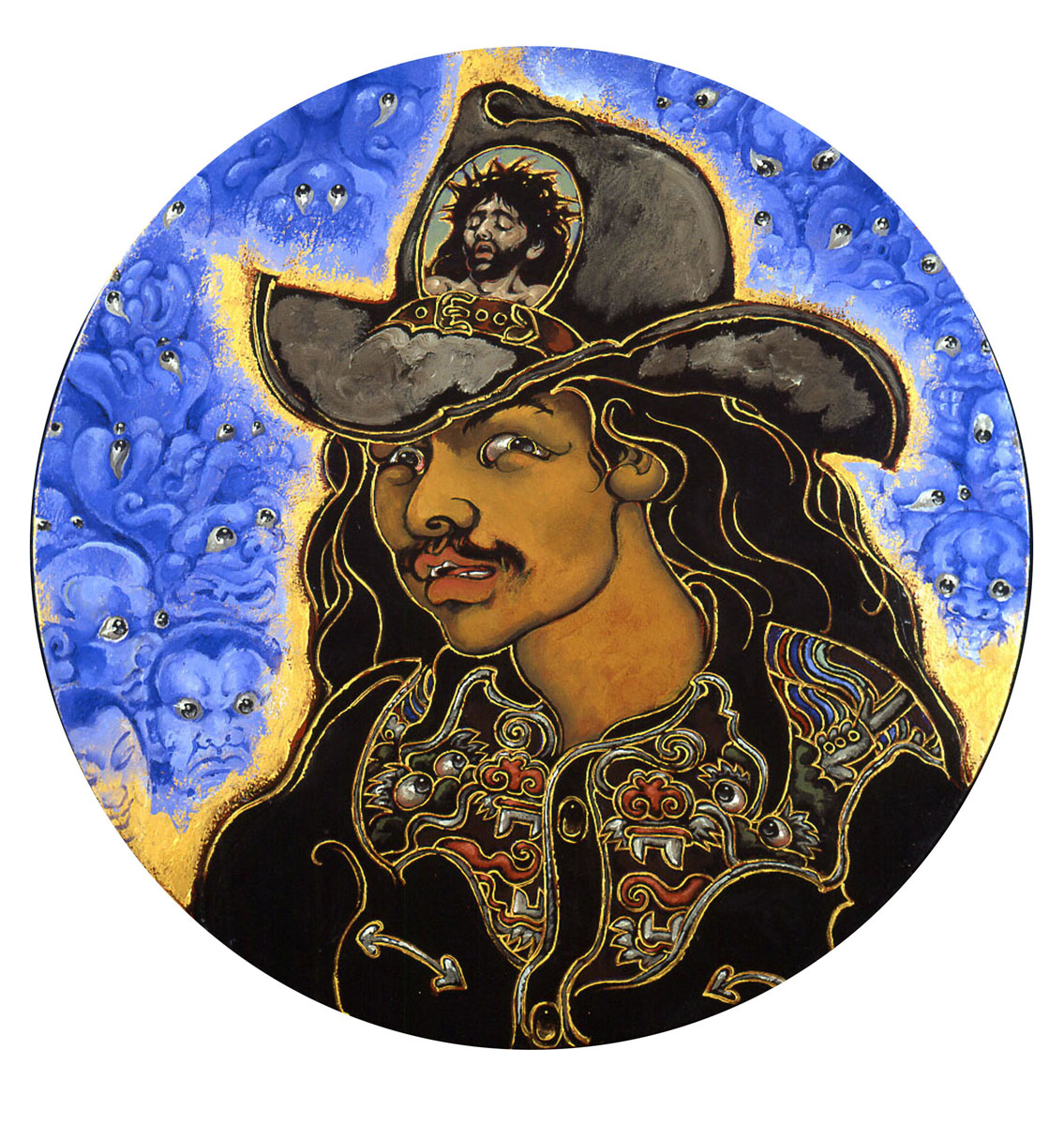 Born in 1946 in Oregon, US, Martin Wong grew up in San Francisco. During his stay in New York, the cultural landscape of Chinatown and the Lower East Side became the important subject matter of Wong’s body of work. He made use of the elements including brick walls, horoscopes, sign language, prison scenes, and firemen to represent his personal life experience.

His parents are Chinese Americans. As his father is of Mexican descent, Wong called himself a Chinese-Latino. He has been interested in art since his childhood. His mother was involved in painting. With the encouragement of his mother, Wong decided to self-taught painting. He also studied architecture and pottery. After graduating from the university, he worked as a sketch artist on the streets. Later he has dabbled in Asian painting, calligraphy, decoration, and American antiques, and he has left a footprint in the graffiti art world. After moving to New York’s Lower East Side in 1978, he worked in a bookstore at the Metropolitan Museum of Art, delving into art history and joining a gay theatre troupe called “Angels of Light”. 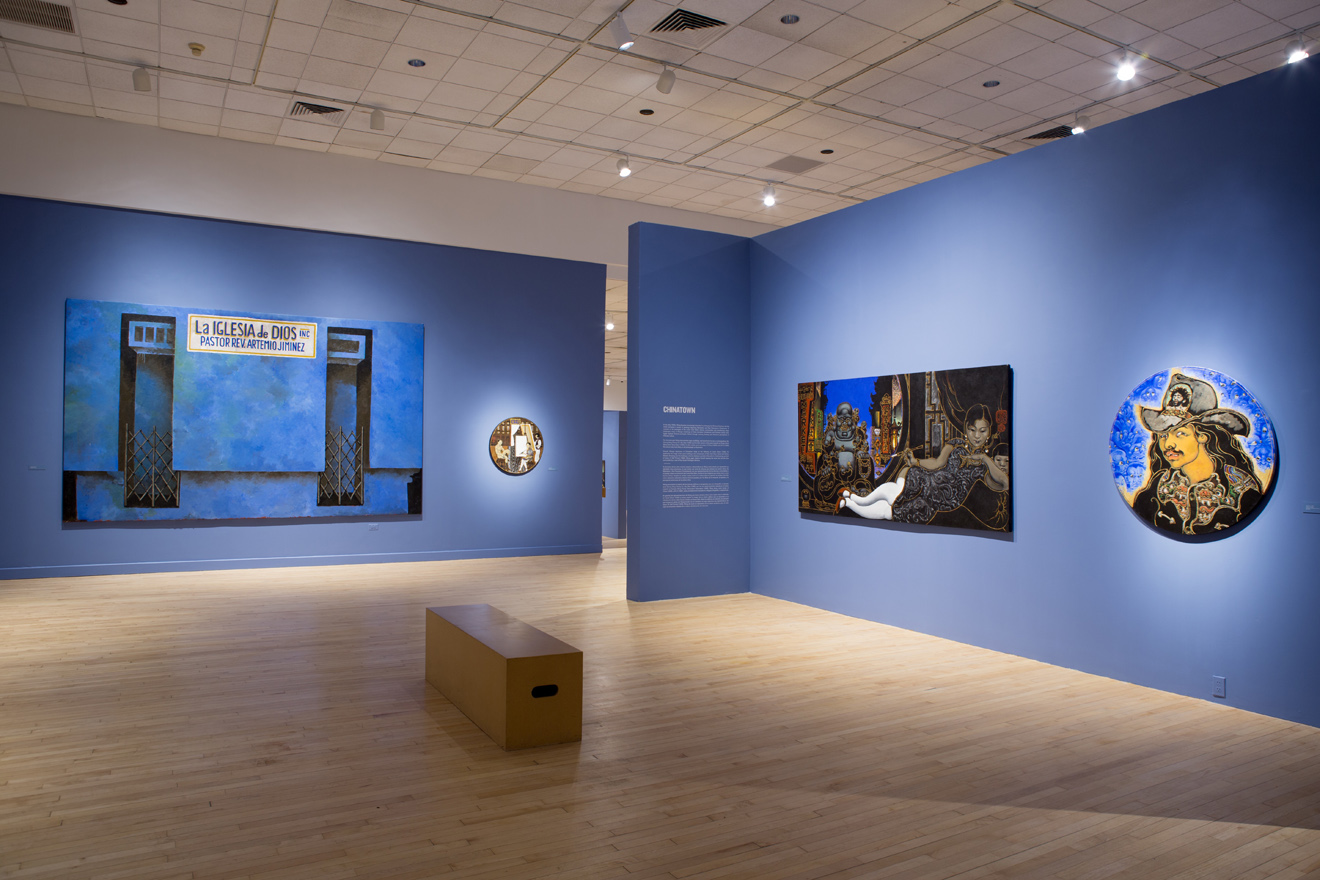 Wong, who became an artist through self-education, experienced the baptism of two different cultural waves, living in the cracks of the counterculture era — “Beat Generation” during the 50s and early 60s as well as the hippie culture in the early 60s. He absorbed the nutrients and developed a unique style in his personal artistic career. His realist work is visionary, becoming a valuable artistic legacy of the East Village of New York in the 80s. He is one of the pioneering artists in the 90s, exploring the issue of identity. His works have been collected by the Metropolitan Museum of Art, the Museum of Modern Art in New York, the San Francisco Museum of Modern Art and the Sunpride Foundation.

Apart from being an artist, Wong is also a graffiti collector. He collected and combined 55 graffiti artists’ sketchbooks as “The Black Books” in 1982, and established the Museum of American Graffiti in the United States in 1989. 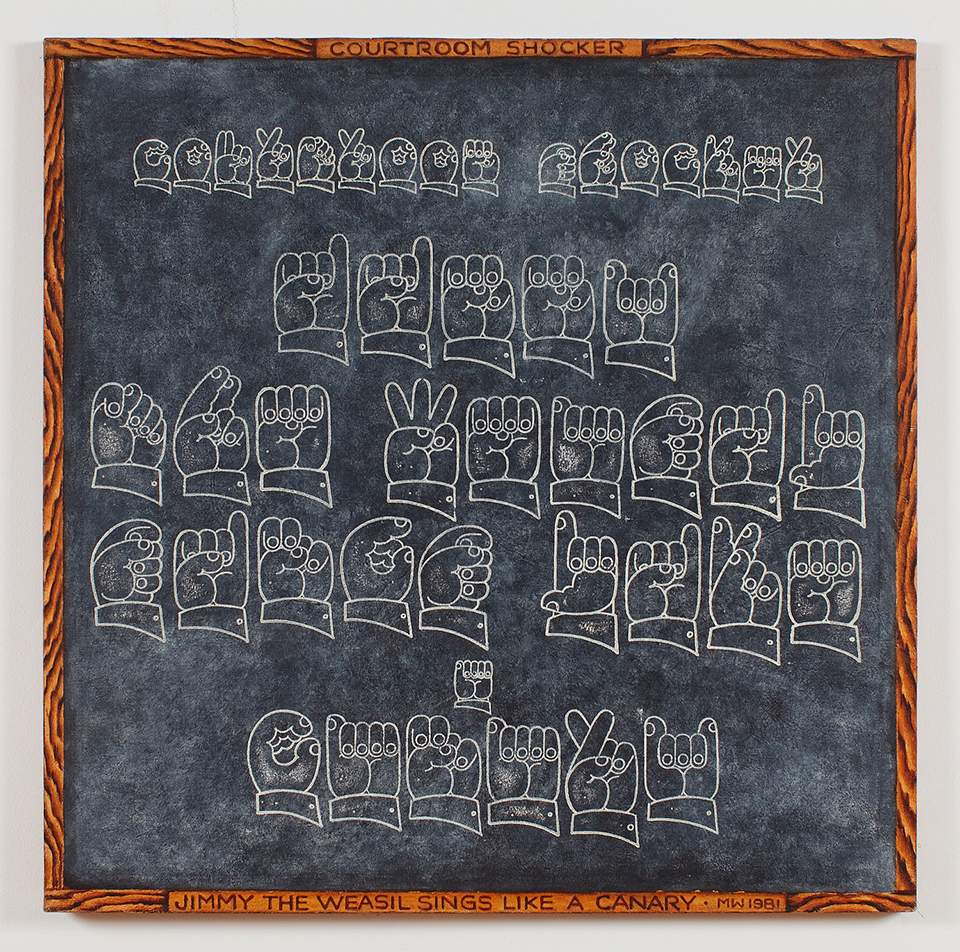 Martin Wong, “Courtroom Shocker: Jimmy the Weasil Sings Like a Canary”, 1981 | Image courtesy of the artist’s estate and Sunpride Foundation

Since the 80s, Wong started using the letter of American Sign Language as one of the creative elements. The name of his work “Courtroom Shocker: Jimmy the Weasil Sings Like a Canary”, exhibited in the first Asia’s largest LGBTQ art show “Spectrosynthesis’, comes from the headline of the newspaper. Through the expression of sign language, the title of the work is transferred as the image and symbols in the painting.

The elements in his other work “Mintaka” such as the watchtower and iron fence gate reveal the artist’s imagination and fascination with incarceration scenes, especially the desire in the dark side of the prison through the artistic representation. 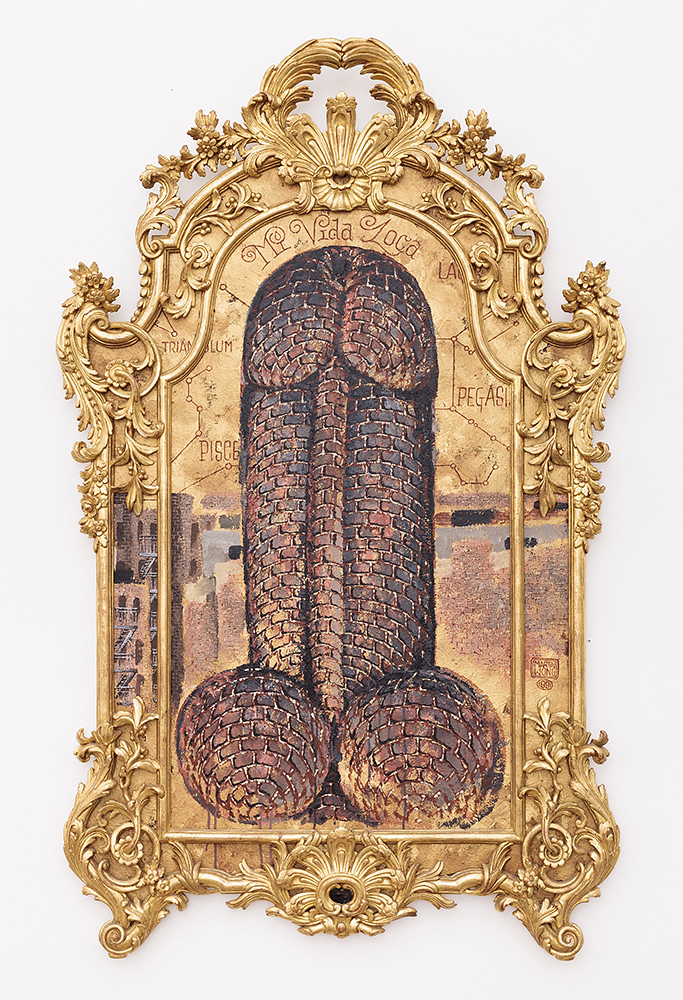 A male genital is made of brick wall that represents a powerful symbol of the lower social class’s desire, expressing Wong’s fantasy about limitation and prejudice in New York where he lived at that time. 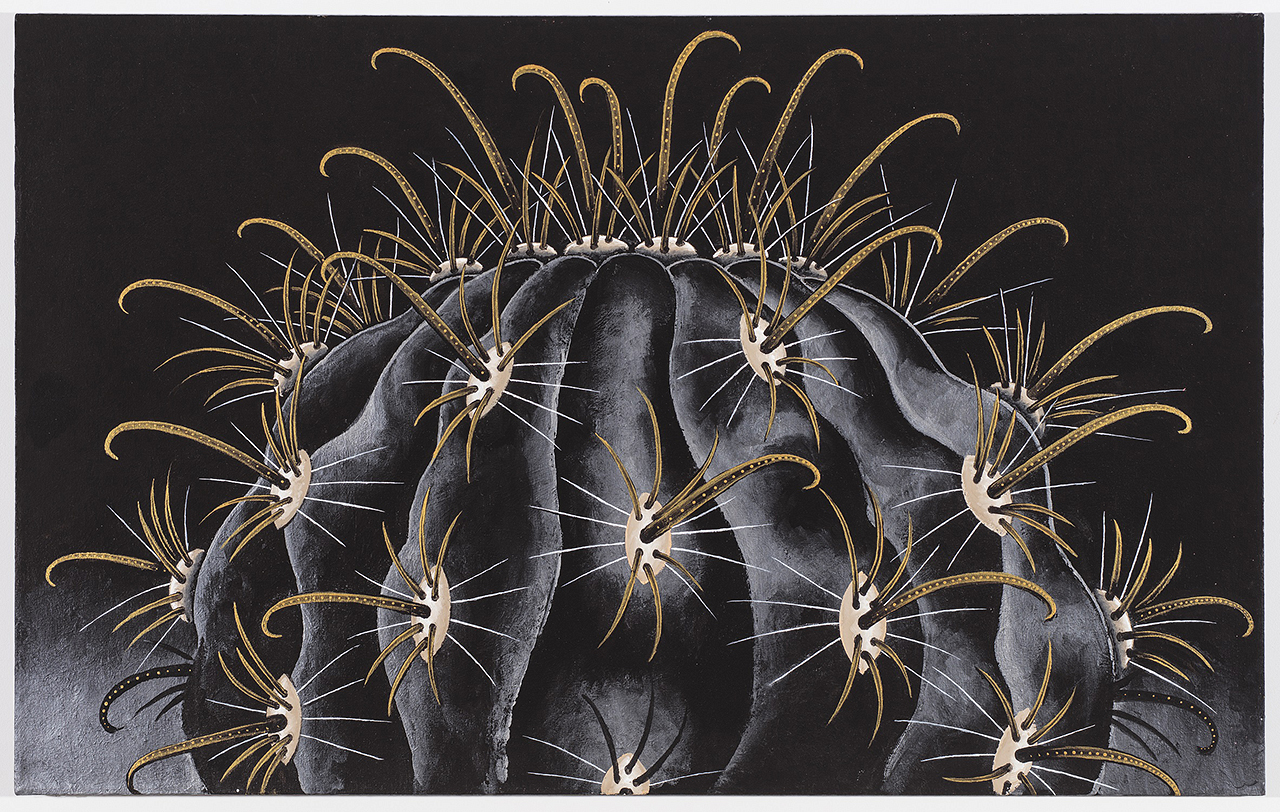 In 1999, Wong died of complications from AIDS at the age of 53. A year before his death, his mother planted the cactus in her own garden in San Francisco, becoming the depicting object of “Ferocactus Peninsulae V.Viscainensis”. Compared with his other paintings during his career, “Ferocactus Peninsulae V.Viscainensis” is relatively quiet and dark. It seems that this work predicted the arrival of his death, letting the audience feel heavy.