“At that time in the village, if you dared to come out, you would be scolded by the whole family and could not live there anymore. I would love to be with the man I love, but I’m afraid. I thought I was sick. I was miserable but I was happy. Therefore, I started to express my life by paper cutting.” — Xiyadie

Xiyadie, “Door”, 2015 | Image courtesy of the artist and Sunpride Foundation

Xiyadie was born in a rural area in Weinan, Shaanxi. Shaanxi is the birthplace of Chinese civilization with a long history of 5,000 years, influencing the ancestors who live here. His grandmother and mother taught him the most traditional art of paper cutting in China — carp jumping the dragon gate and red brick courtyard. Xiyadie later brought his art of paper cutting to Europe, including the Museum of Far Eastern Antiquities in Stockholm, the group exhibition in Antwerp, Belgium, and Tropenmuseum in Amsterdam. 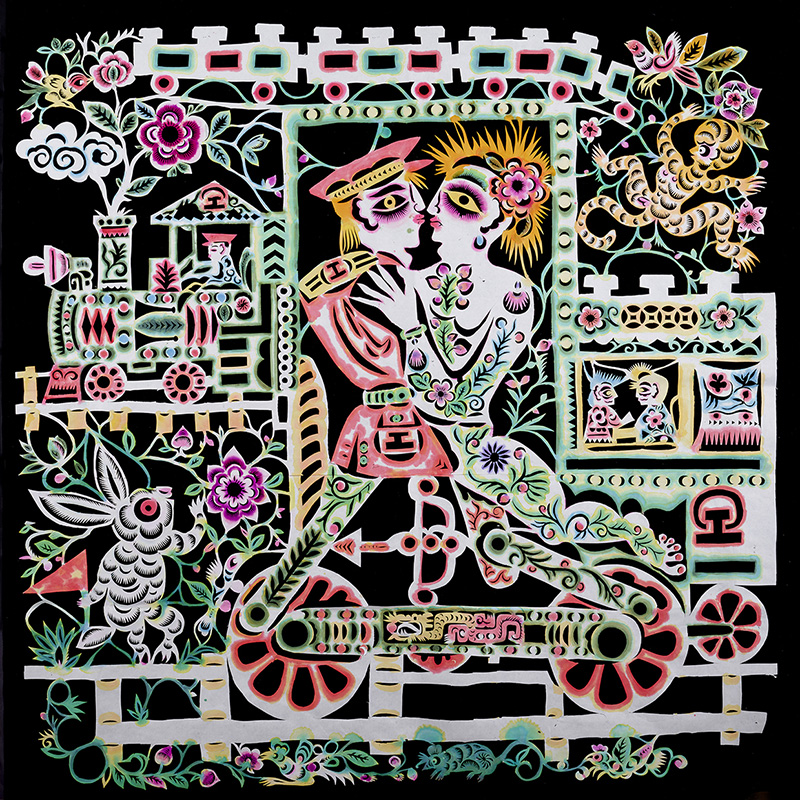 Xiyadie, “Train”, 2017 | Image courtesy of the artist and Sunpride Foundation

“Xiyadie” is a blue butterfly from Siberia with white circles and black markings on its wings. It lived in Siberia and then travelled thousands of miles to the Butterfly Valley for its survival. Many years ago, the artist replaced his name as Xiyadie after knowing this butterfly from a book as he was reminded of his difficult time.

Xiyadie, “Joy”, 2017 | Image courtesy of the artist and Sunpride Foundation

Xiyadie kept thinking, “Am I sick?” When he was young, Xiyadie denied himself. At the age of 30, he still did not identify himself. He embraced that “man and nature are mutually exclusive, but sometimes you need to go with nature“, trying to make his mindset to be “normal”. In a rural society, succession is regarded as filial. In this context, Xiyadie marries a woman and has children. But the essence hidden in his body cannot be changed — “I want to be with the man I love.” 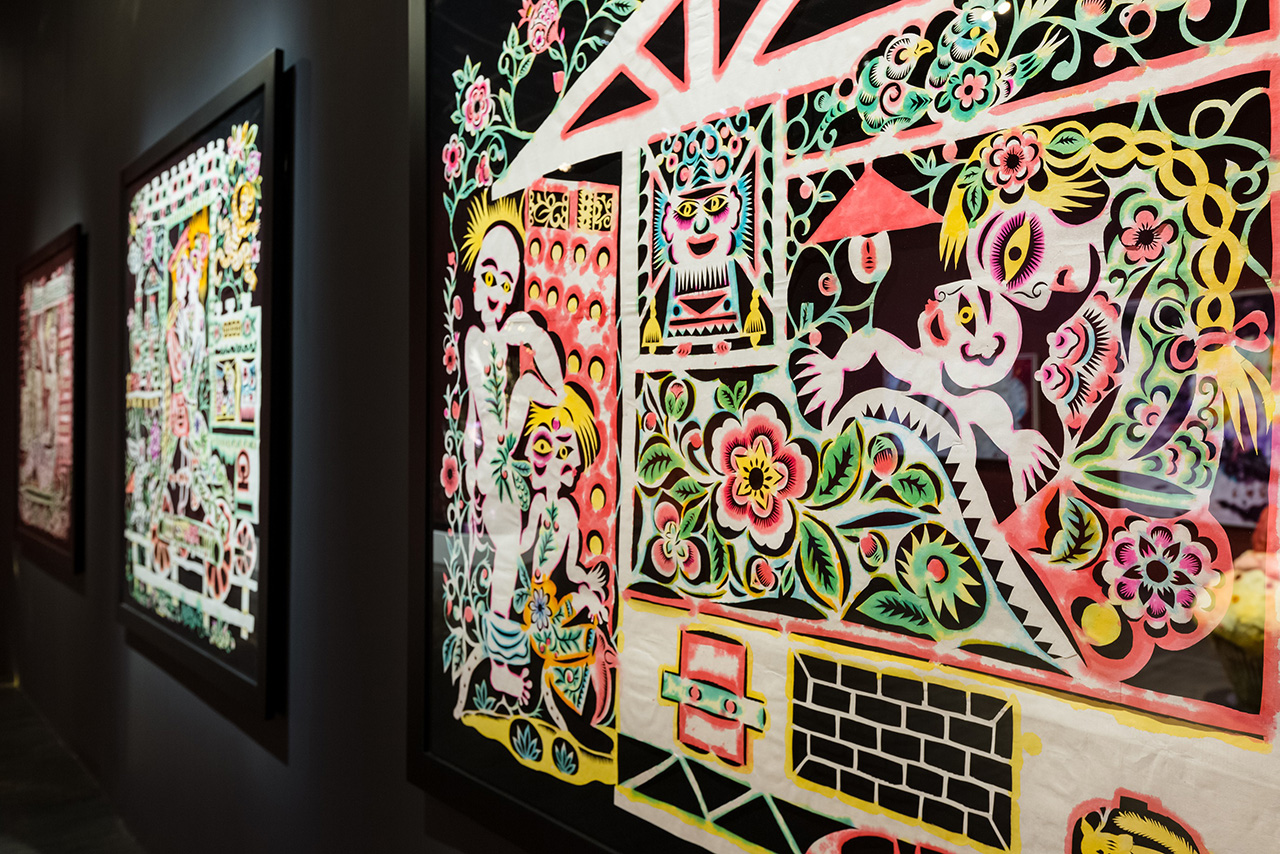 For Xiyadie, the marriage was painful, but he also realized that his wife suffered the most. Xiyadie’s eldest son was paralyzed by birth and could not take care of himself even until he was ten years old. For decades, expensive medical bills and his wife’s pain have made Xiyadie’s wound deeper and deeper. With the extreme repression, he decided to come out to his wife honestly. 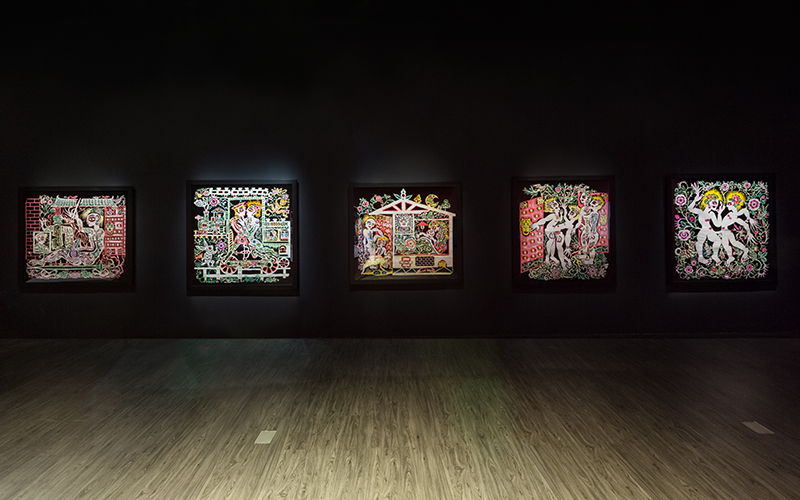 Picking up his scissors and paper, Xiyadie poured his decades of repression into every single of his work by using the traditional art of paper cutting to express his inner heart.  Xiyadie often set his eldest son as the main character of his paper cutting work, fantasizing about the image that can walk and move. The audience can also see his wife sitting inside the house in the paper cutting work. Outside the house, it is a scene of pleasure between him and other men. The male genitals in the work are sewn up with threads, as if the desire was suppressed by the morality of society in the old days.

Arin Rungjang | Welcome to My World