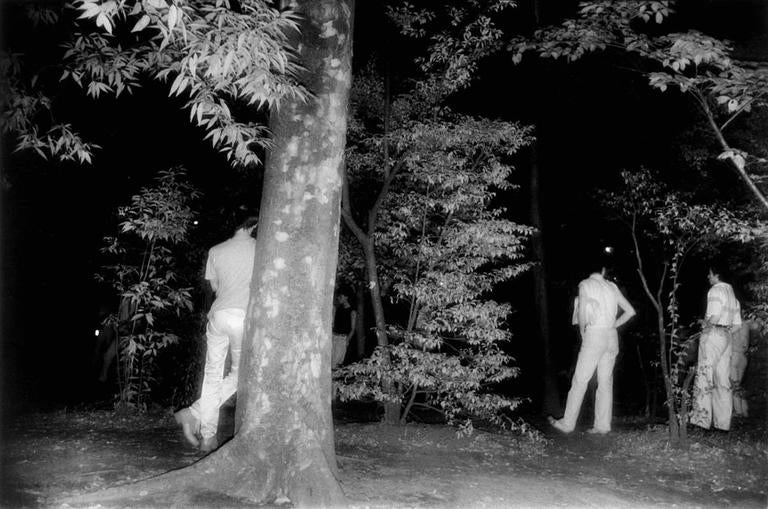 “My intention was to capture what happened in the parks, so I was not a real ‘voyeur’ like them, but I think, in a way, the act of taking photographs itself is voyeuristic somehow. So I may be a voyeur, because I am a photographer.” — Kohei Yoshiyuki 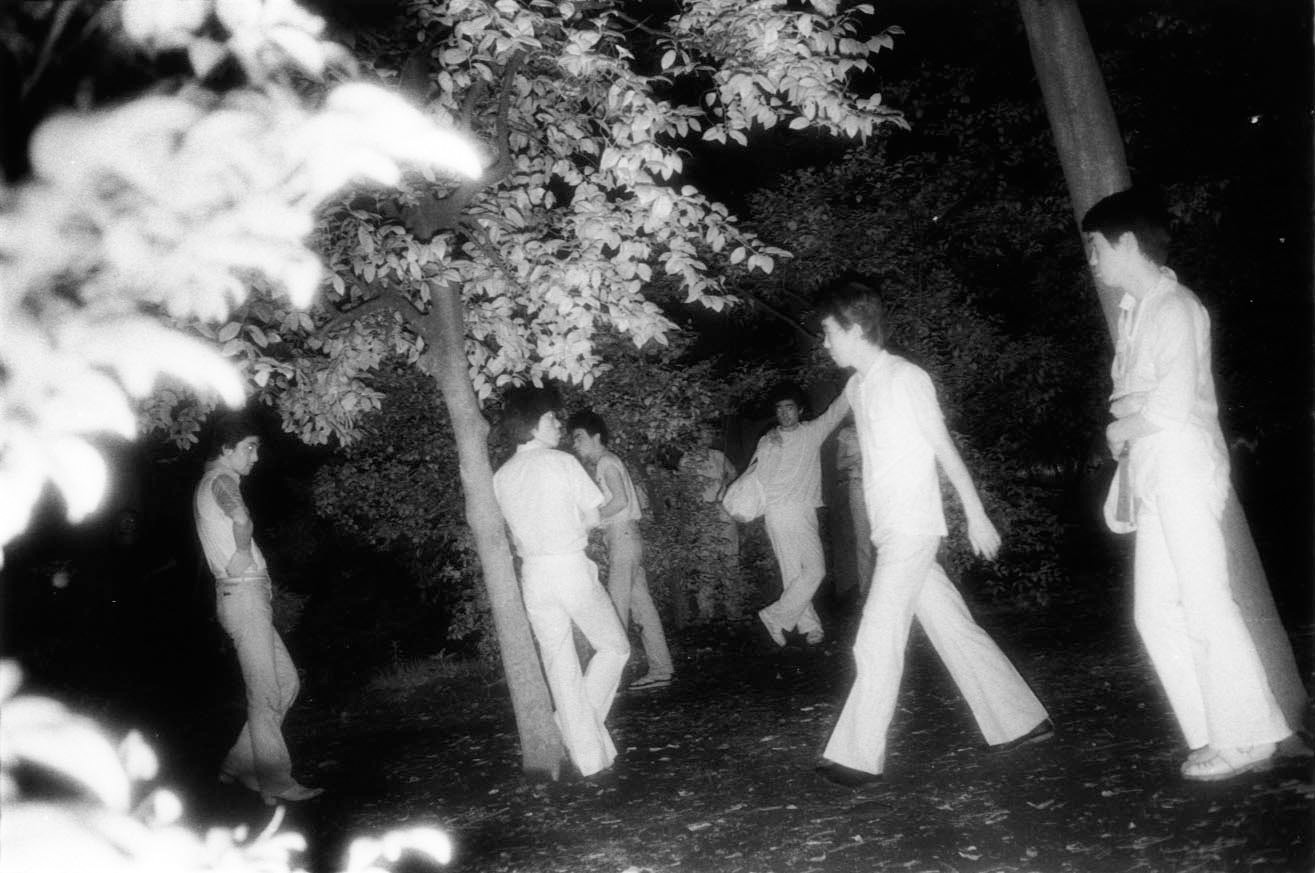 Kohei Yoshiyuki, “Untitled”, from the series The Park, 1979 | Image courtesy of the artist’s estate, Yossi Milo Gallery and Sunpride Foundation

Born in 1946 in Hiroshima Prefecture, Japan, Kohei Yoshiyuki is a Japanese photographer whose most famous series include “Kōen” (Park). Through the photographs of people at night in sexual activities in parks in Tokyo, Yoshiyuki explored the tension between surveillance and privacy as well as the boundaries among spectator, voyeur, and participant. 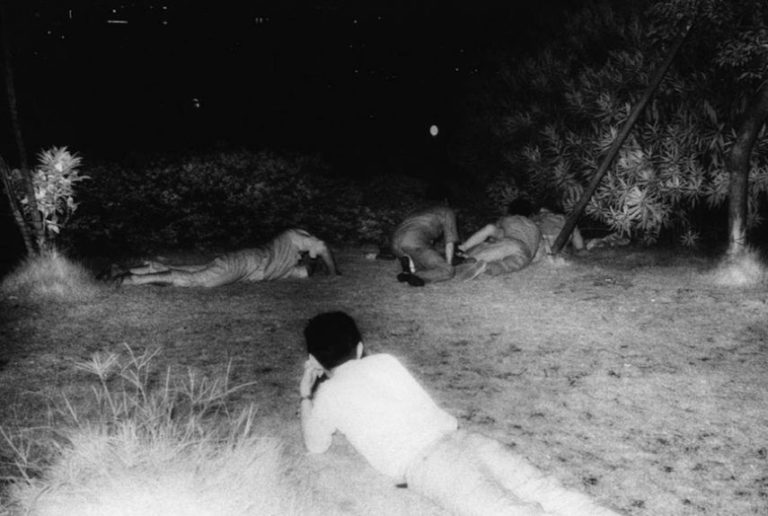 Kohei Yoshiyuki, “Untitled”, from the series The Park, 1971 | Image courtesy of the artist’s estate and Yossi Milo Gallery

In 1972, his photographs taken in a park in Shinjuku at night using infrared film were first published in the magazine, Weekly Shincho. In 1974, Yoshiyuki worked for Keystone Press Agency Japan Branch as a photographer. In 1978, he began working as a freelance photographer and publishing his work mostly in magazines. 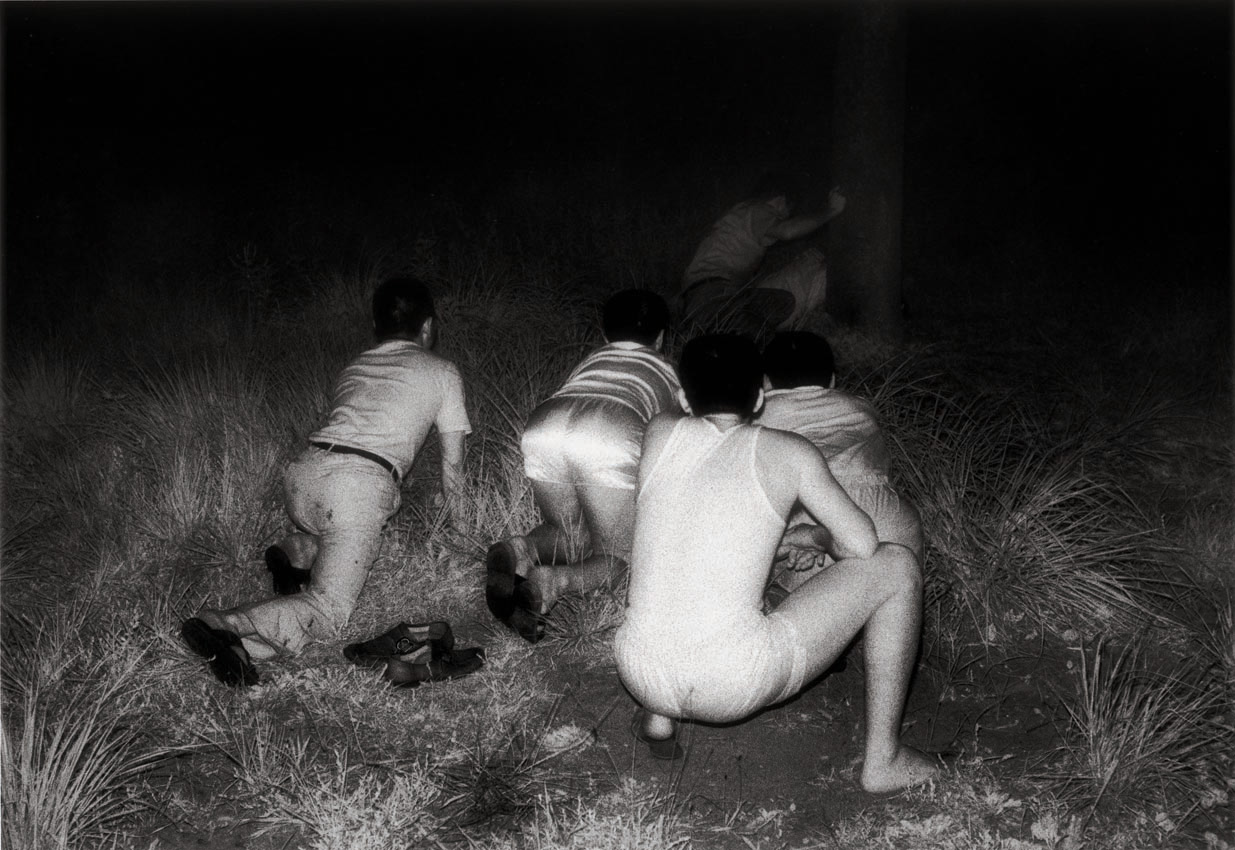 Kohei Yoshiyuki, “Untitled”, from the series The Park, 1973 | Image courtesy of the artist’s estate and Yossi Milo Gallery

Capturing the social phenomenon in Japan during 1970s

In the early 1970s, by using Kodak made infrared film, a filtered flashbulb and 35mm camera, Yoshiyuki captured the nighttime images of clandestine sexual encounters including heterosexual and homosexual couples in Tokyo’s Shinjuku, Yoyogi, and Aoyama Parks. The series of “The park” began one night when he and a colleague walked through Chuo Park in Shinjuku, noticing a couple on the ground, and then one man creeping toward them, followed by another. 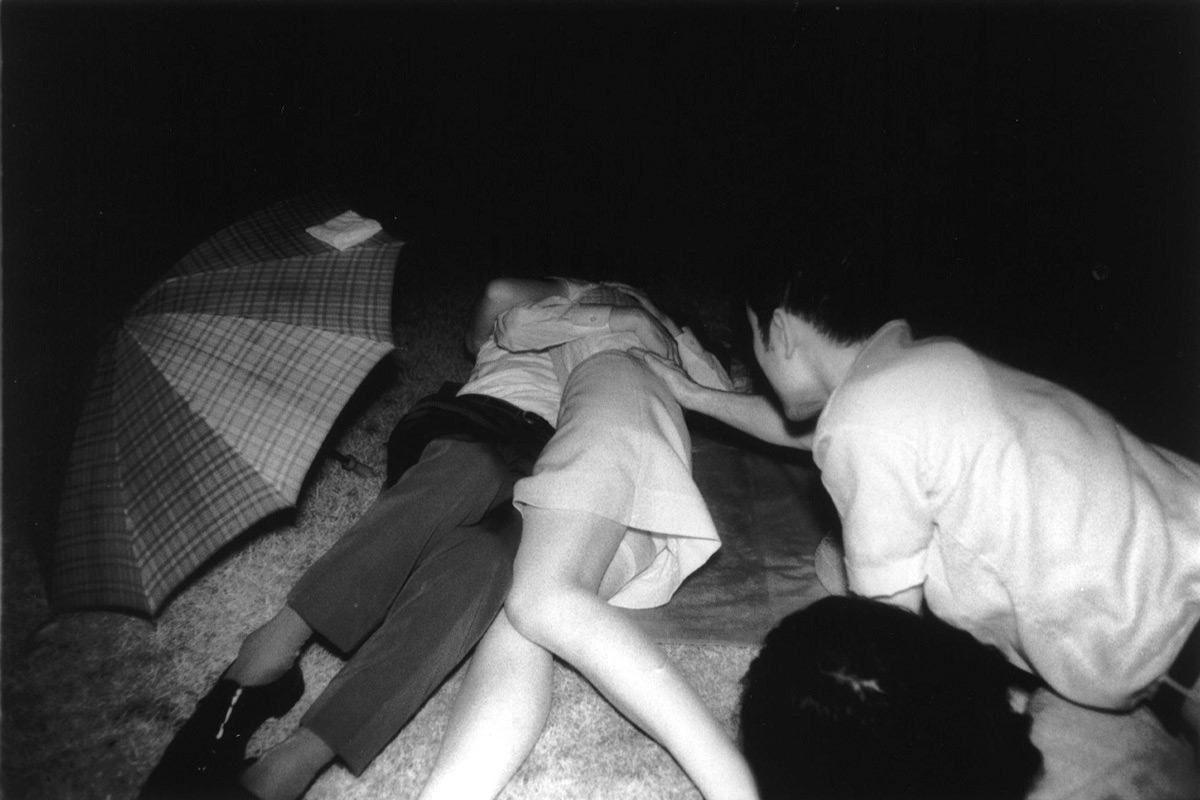 Kohei Yoshiyuki, “Untitled”, from the series The Park, 1971| Image courtesy of the artist’s estate and Yossi Milo Gallery

Premarital sex and homosexuality were frowned upon in Japan during 1970s. Most unmarried young people lived with their parents, public parks at night offered a convenient if exposed haven for amorous young couples with nowhere else to go. However, the subject of Yoshiyuki’s photographs is the peeping toms who would gather in nearby bushes to watch and sometimes participate in these trysts.

Kohei Yoshiyuki, “Untitled”, from the series The Park, Plate 48, 1979 | Image courtesy of the artist’s estate and Yossi Milo Gallery

Spectator, voyeur, and participant in the exhibition

The series was first shown in 1979 at the Komai Gallery in Tokyo. “I wanted people to look at the bodies an inch at a time”. Yoshiyuki wanted to reconstruct the darkness of the park in the exhibition. The pictures were blown up to life size. The gallery lights were turned off. Each visitor was given a flashlight with which to peruse the photographs inch by inch. The oversize prints were destroyed after the show, and the series was published in 1980 as a book. 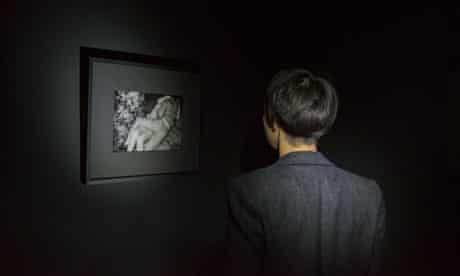 A visitor looks at a photograph from Kohei Yoshiyuki’s The Park series, at Open Eye Gallery, Liverpool | Image courtesy of Mark McNulty and The Guardian

The setting makes each viewer a peeping tom. Viewing the pictures means that you too are looking at activities not meant to be seen. We line up right behind the photographer, surreptitiously watching the peeping toms who are secretly watching the couples. Voyeurism is us.

Artsy | What Does It Mean for Galleries to Support Queer Artists Today? by Josie Thaddeus-Johns