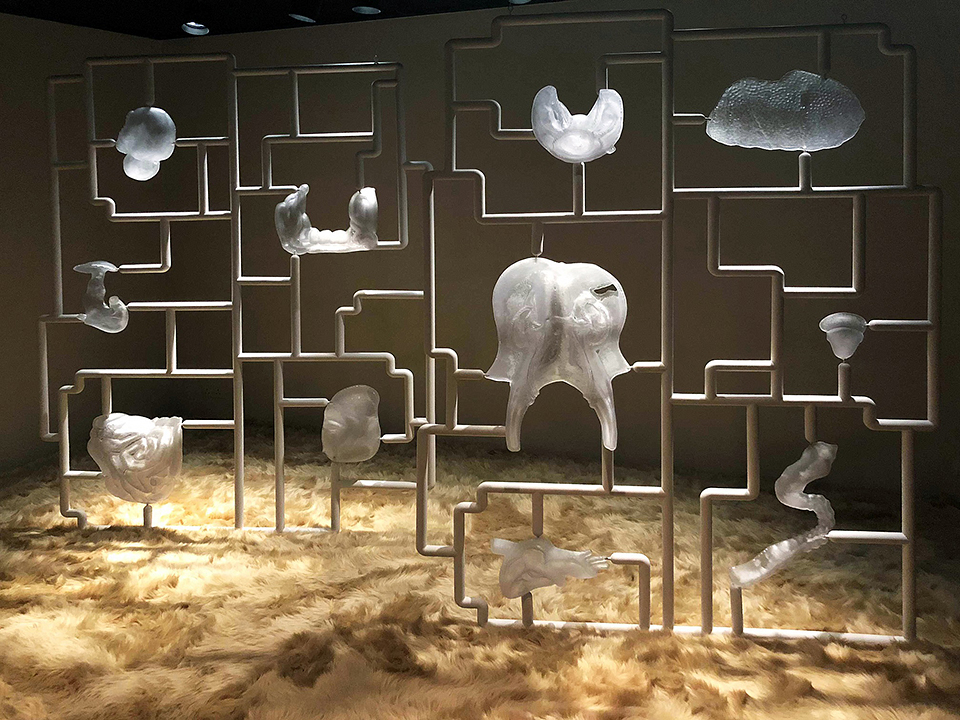 “I think my work is about identity, more so about the lapse between the vessel and the interior, and the mistranslation or the kind of crossing between them.”— Jes Fan 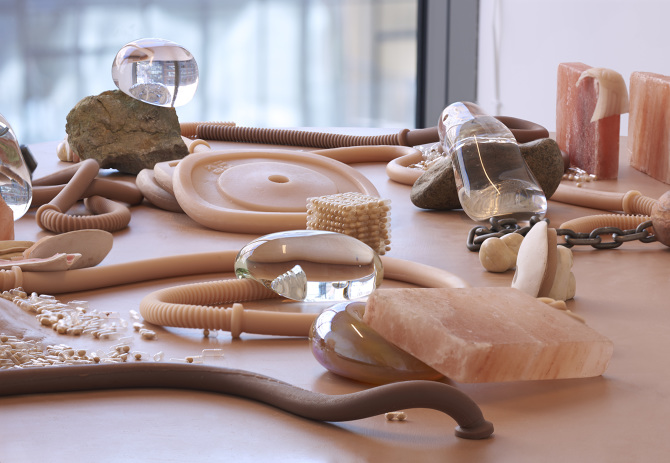 Born in Canada and raised in Hong Kong, Jes Fan works in the United States. With his own perspectives on gender, kinships, and motherhood, Fan has been exploring the concept of “otherness” in his field and discussing the relationship between binary body and identitythrough his practice. His works “Hard Body / Soft System” and “Testo-Soap” focus on the times when it is relatively convenient for people to change their body shape into an ideal state, and how to visualize the bio-politics and fluid qualities of transgender identity through hormone replacement therapy and fitness. 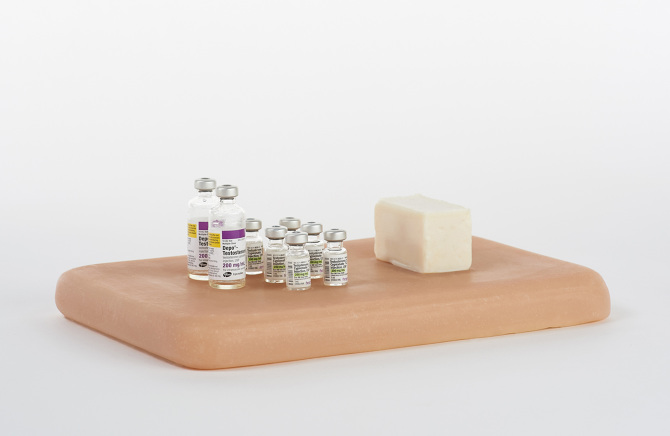 Fan trained in glass making at the Rhode Island School of Design, one of the world’s top design schools. With a craftsman spirit, he is interested in practicing everything by himself. In many works, touch is the first sensory stimulus throughout his physiological and ontological level and his research on how identity is materialized. Sculpture is Fan’s major medium, exploring the concept of bio-politics with his concerns on the topics of diaspora experience, transgender identity, neo–materialism and posthumanism. After his work shown in Spring Workshop and Para Site, the wall and floor were deliberately decorated with pink artificial fur carpets and slimy artificial silicone in the exhibition “Mother Is A Woman” in Empty Gallery, his first solo exhibition in Asia. 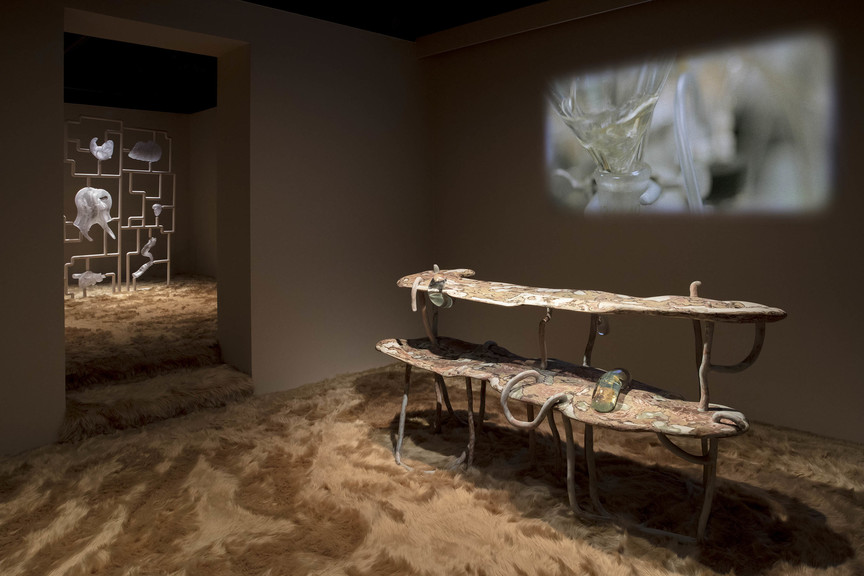 “Mother Is a Woman” is not only lotions”,  the voice of the narrator came from his video work “Mother Is A Woman” as same as the exhibition title, documented the process by which a foaming golden liquid is processed in the laboratory. Fan used estrogen from his mother’s urine to create a custom beauty cream, asking a question on “nature” and “synthesis”— “If my body absorbs my mother’s estrogen, will I become feminine? If the answer is yes, who are you and who am I? Can we become close relatives through skin contact?” The person in the video applies the cream to the face, forming the contrast between the white cream and the skin tone. The style and narration of the video make the whole process like a rigorous scientific experiment. Through his work “Mother Is A Woman”, Fan transforms the stereotype that “mother is a woman” and broadens the definition of “mother” and family beyond kinships.

Fan is interested in the fluidity that comes with the process of forming items. Before finally solidifying and forming, the glass undergoes changing through the way of dipping, blowing and rotation during the production process. With the development of technology, the human body also seems to have acquired endless options of being “changed”. During the whole process, the concept of “nature” defined by humans has been changing accordingly. The outstanding work “Visible Woman” in the exhibition “Mother Is A Woman” looks like a geometric matrix screen that integrates the aesthetics of classical Chinese architecture, permeating with tranquil beauty with the displays of unrecognizable human organs at first glance. This installation is made of 3D printed resin, polyphenylene oxide tube and colour, appropriating the Visible Man model which was widely used in anatomy classes in the United States during the 60s. The mannequins scatter on the “screen”, retaining the scientific organism with the sense of “surreal” to discuss the “variables” and “strangeness” on the binary body. 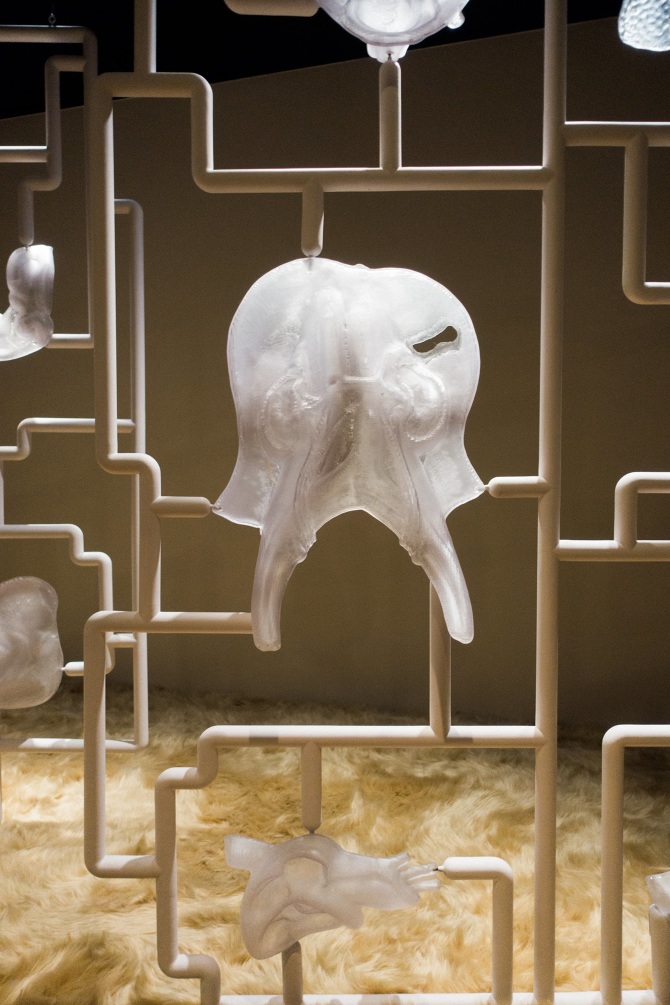