“Video records your growth and dreams. The maker/author of a movie exists as a transparent being, external to the images. However, the maker/author of a video becomes part of, or even the actual content, within the space of video — who engages investigation, development or scepticism within the dialogue.” — Ellen Pau 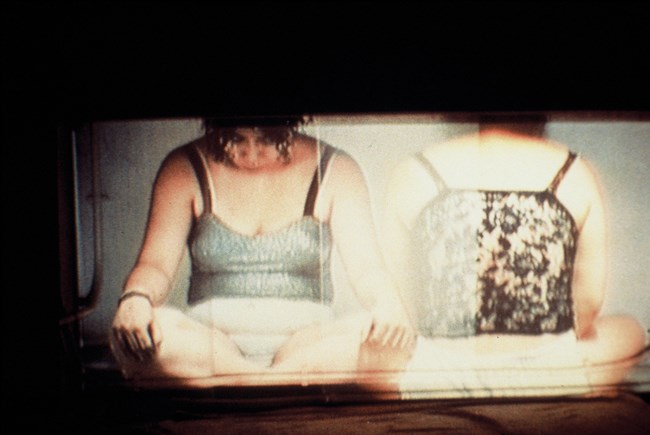 Born in 1961 in Hong Kong, Ellen Pau is a Hong Kong-based artist, curator, and educator who provides unique insight into the development of video art in Hong Kong. Pau’s body of work has been a journey into the exploration of possibilities in visual art languages by sticking closely to the current technological developments at the time. The running theme and important motif throughout Pau’s thirty years of practice is her concern with Hong Kong’s political climate, social livelihood and the changes of urban lives. 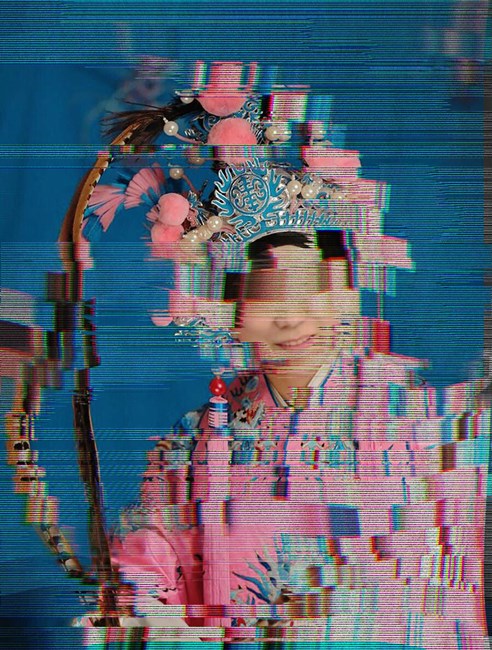 Ellen Pau, Portrait, 2018 | Image courtesy of the artist and Ocula

Graduated from Hong Kong Polytechnic with a professional diploma in diagnostic radiography in 1985, Pau has worked as a radiographer and mammographer at a public hospital. Parallel to her medical practice, Pau has led an intensely productive artistic career, beginning with her first super-8 film, Glove (1984), made right before her engagement with the Phoenix Cine Club. Through working as a camera person with Zuni Icosahedron and others, she discovered video as her preferred medium and a number of single-channel video works made, including her first vide work Disenchantment of the Statue (1987), TV Game of the Year, and She Moves (1989), and Song of the Goddess (1992). In 2008,  Pau gained a master’s degree in Visual Culture at Chinese University of Hong Kong. Her interest in art and technology could be traced back to her childhood, visiting the Expo ’70 in Osaka, Japan, where the Pepsi Pavilion famously organised by the Experiments in Art and Technology group(E.A.T.). Pau developed an interest in photography during her primary school years, after her father gifted her a Kodak Pocket Instamatic camera with 110 film. 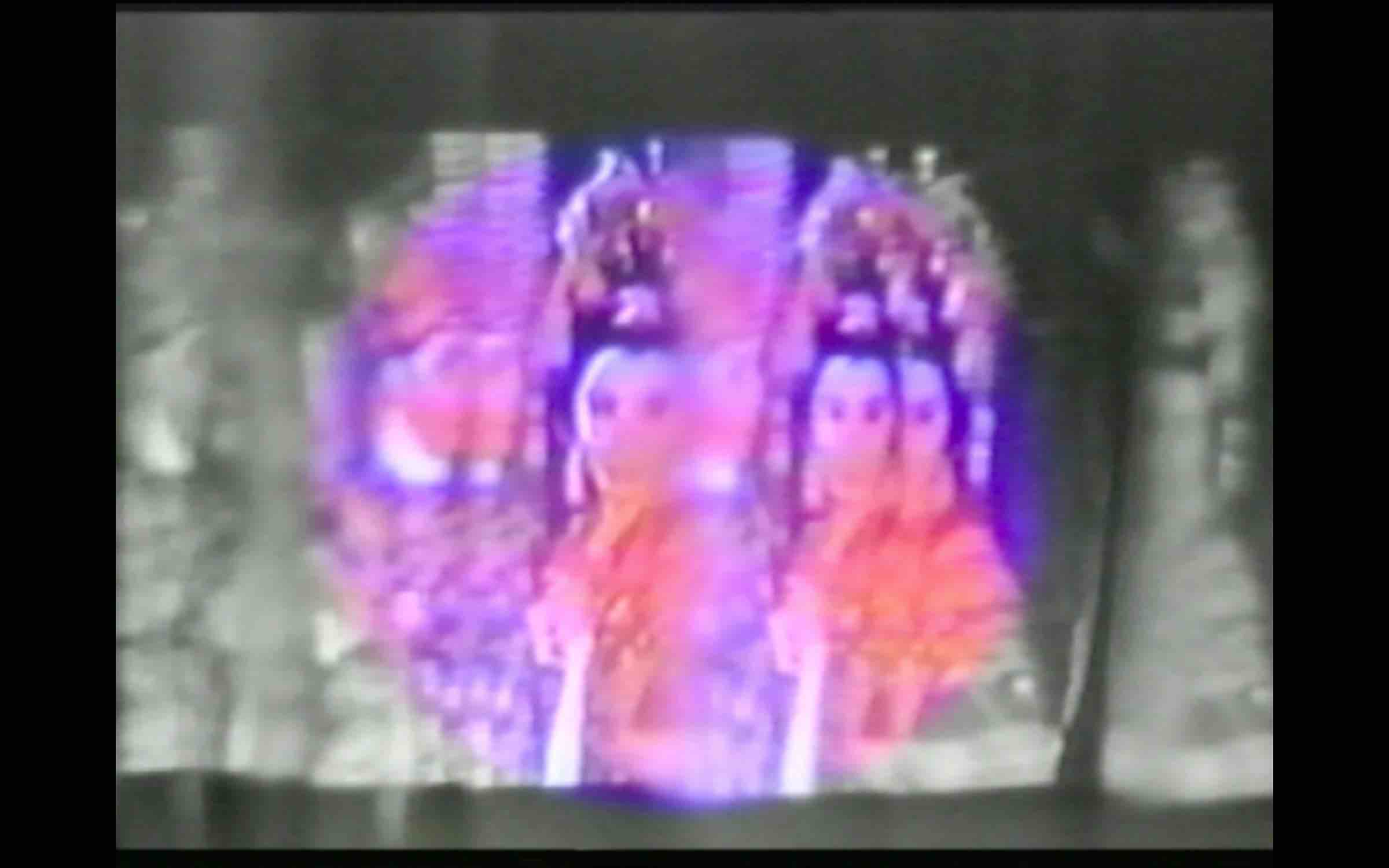 Aside from her artistic practice, Pau has played a central role in the promotion, curation and education of art and culture in Hong Kong. In 1986, Pau co-founded Videotage —a non-profit organisation that specialises in the promotion and preservation of video and new media art. In 1996, she founded the Microwave International New Media Arts Festival. In 2014, Pau was appointed by the Hong Kong Arts Development Council as a representative of the Art Form Group in Film and Media Arts, and since the same year, she has served on the M+ acquisition committee until 2020, where she was the sole artist member. 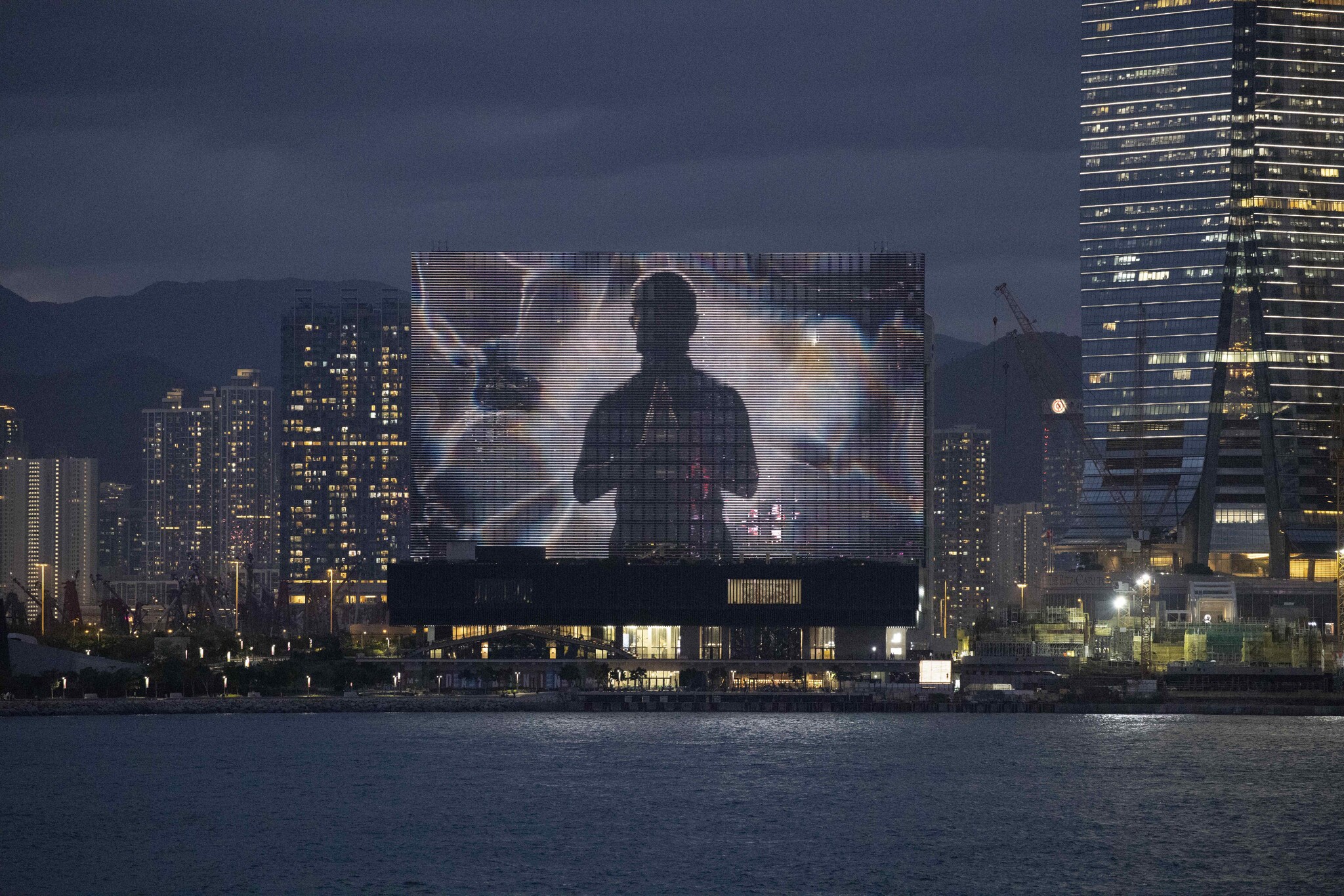 Ellen Pau, The Shape of Light, on the M+ Façade, 2022 | Image courtesy of the artist, M+ Museum and Lok Cheng

Pau’s work has been extensively shown in film festivals and exhibitions worldwide, including the Hong Kong International Film Festival (1990, 1993, 1997 & 2000); Gwangju Biennale (1995); Asia-Pacific Triennial of Contemporary Art (1996); the Venice Biennale (2001); the Liverpool Biennial (2003). Her work is in the collection of M+ Museum, Centre Pompidou, Hong Kong Museum of Art, and Griffith University, Brisbane.

The work pays tribute to the famous Hong Kong Cantonese Opera duo, Yam Kim-fai(1913-1989) and Pak Suet-sin. They were known as The Silver Screen Lover. Both women play the role of lovers, with Yam in male drag, working together on stage and in films. Yam died in 1989, Pak arranged her funeral and wrote a banner saying, “I would die a hundred times in bringing you back to me.” 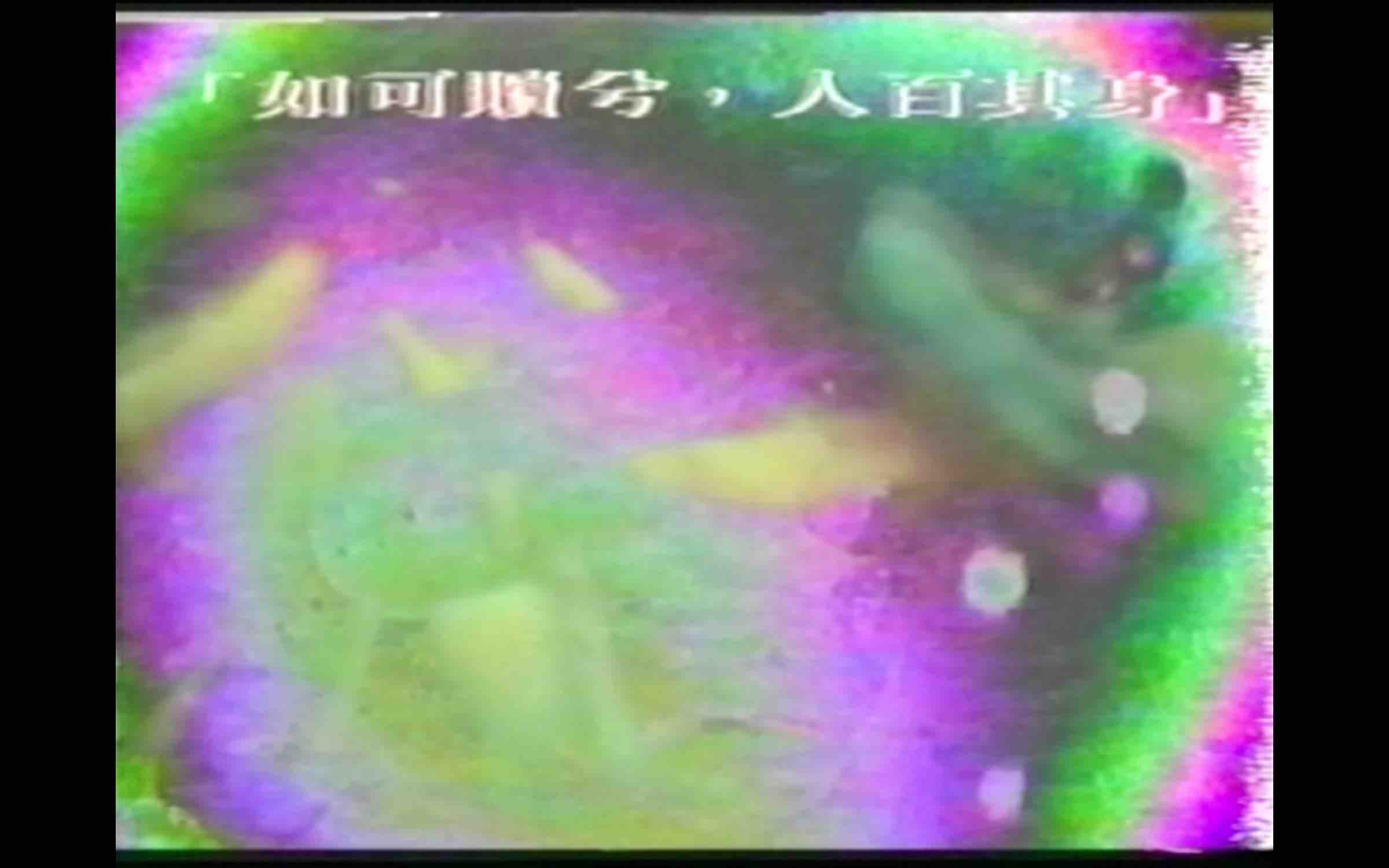 Ellen Pau, Song of the Goddess (1992), film still | Image courtesy of the artist and Sunpride Foundation

In the work, Pau utilizes existing visual material, archival footage of a swimming contest in 1960s in the former and excerpts of a Yam Kim-fai/ Bak Shuet Sin film The Emperor Lee (1968) in the latter, which is their farewell commemoration and last performance in the public, to negotiate with the complicated colonial past and the ambiguous sexuality representation in popular entertainment respectively. 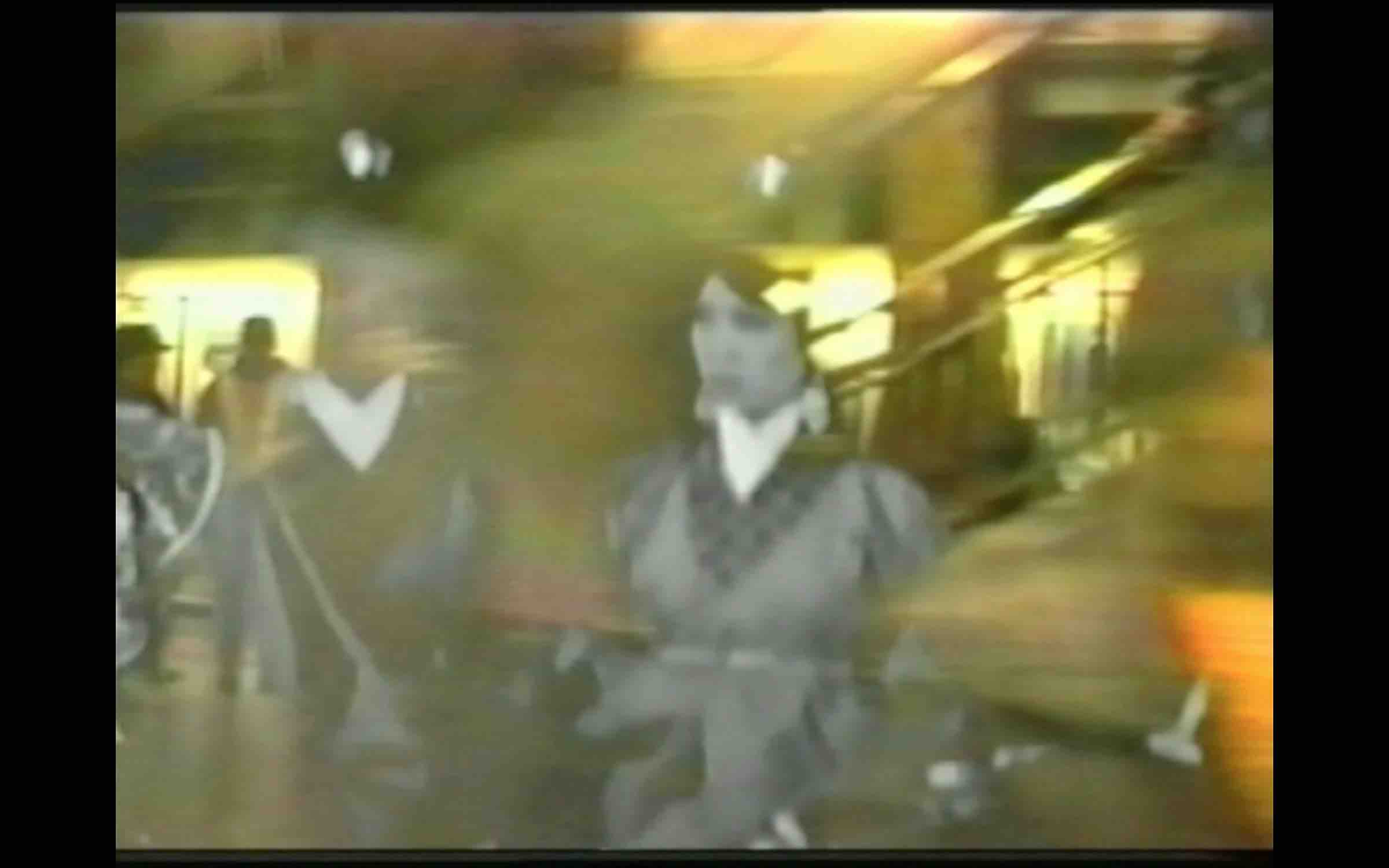 Ellen Pau, Song of the Goddess (1992), film still | Image courtesy of the artist and Sunpride Foundation

52Hz, one of the commission works in Myth Makers—Spectrosynthesis III, Hong Kong’s first large scaled LGBTQ+ themed exhibition located at Tai Kwun Contemporary, Central, Hong Kong. The stories unfold poetically in the undercurrents of love, memory, and death. Through the journey of a whale named “52Hz”, it tells the story of a sex worker, a YouTuber and school bullying. ”52Hz” refers to an individual whale of unidentified species that calls at the unusual frequency of 52 hertz.  As the pitch is at a higher frequency than that of the other whale species, it has been described as the “world’s loneliest whale”. These stories stem from Pau’s focus on technological developments such as artificial intelligence, autonomous sensory meridian response (ASMR) and the content creation industry, echoing the lonely “52Hz” that swim alone in the vast ocean. 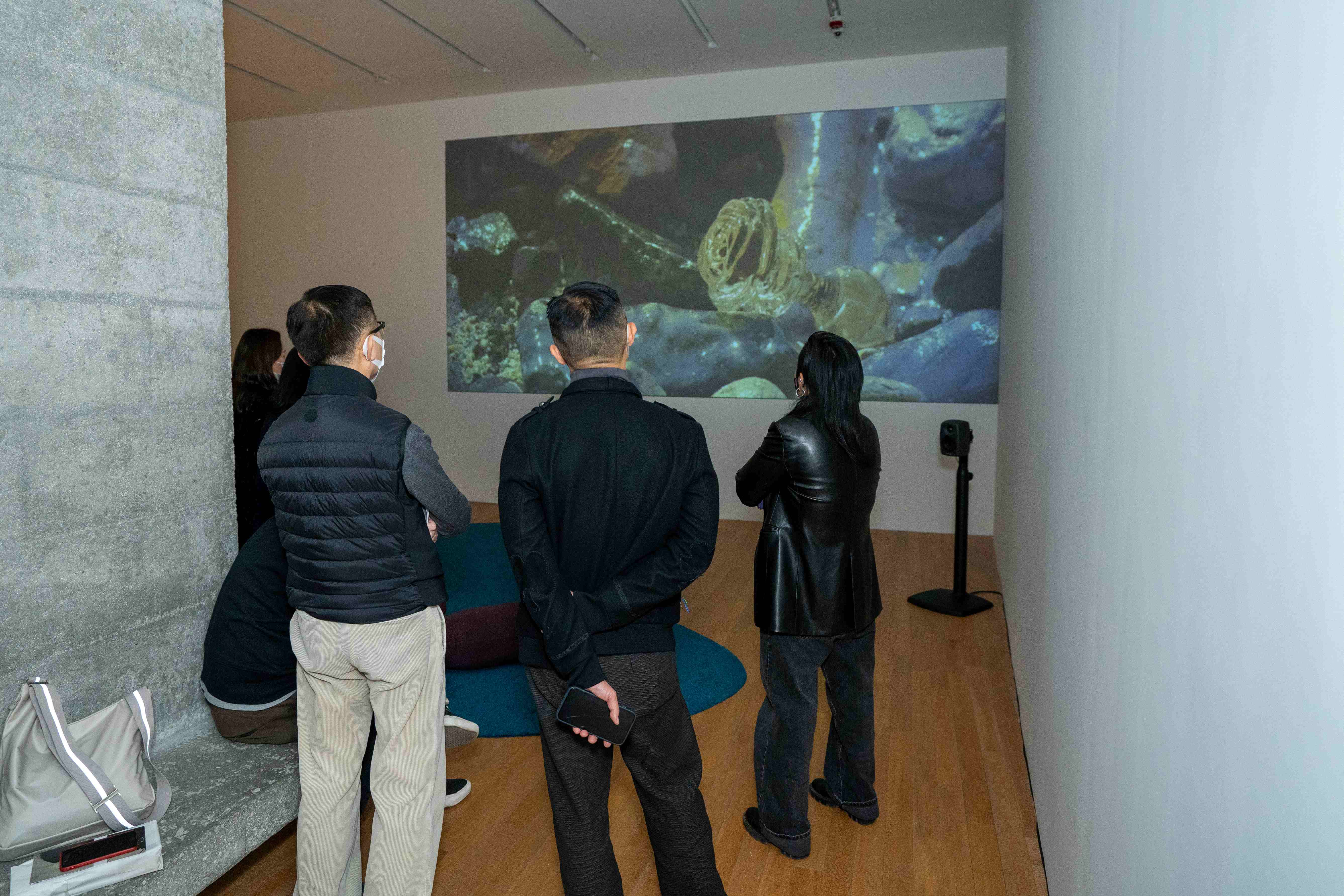 In 1995, Legislative Council member Anna Wu Hung-yuk introduced the Equal Opportunities Bill in the form of a private draft. Among them, the Sex Discrimination Bill and the Disability Discrimination Bill were passed. Subsequently, the Bill that covered broader aspects was split into three, including the Equal Opportunities (Family Responsibility, Sexual Orientation and Age) Bill, which was also rejected. In 1996, Legislative Council member Lau Chin-shek introduced the Bill in the form of a private draft, which was rejected by a narrow margin of two votes. Until 2015, in relation to the benefits of married civil servants in force, a lawsuit against the benefits of same-sex spouses was filed by a Senior Immigration Officer Leung Chun-kwongand his husband Scott Adams. In July 2018, they appealed to the Hong Kong Court of Final Appeal. In September 2019, the Civil Service Bureau and the Inland Revenue Department was adjudicated to have committed discrimination on the ground of sexual orientation and had to complete remedial measures, including changes to the guidelines and computer systems, in relation to the Inland Revenue Ordinance (Cap. 112) before the tax season of 31 March 2020.