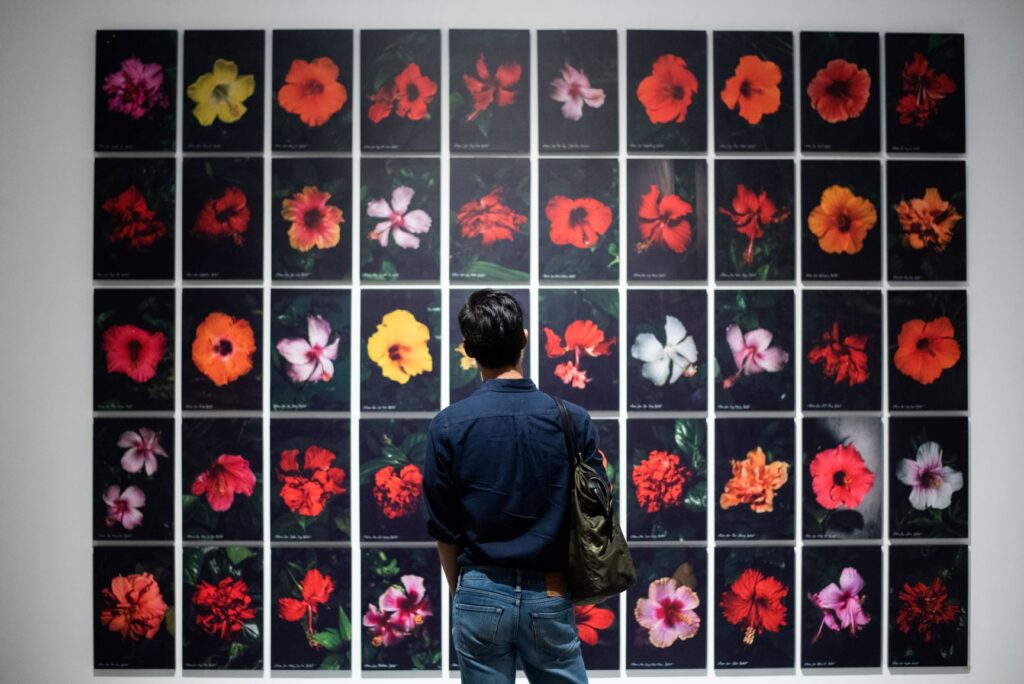 Born in Thailand in the 90s, Naraphat Sakarthornsap graduated from the Faculty of Fine and Applied Arts, Chulalongkorn University, Bangkok. He explores the topic of social and gender equality through photography. The myths behind the gender issue have been represented by his re-interpretation of the accustomed perspective and his reassignment of the meaning of everyday object. 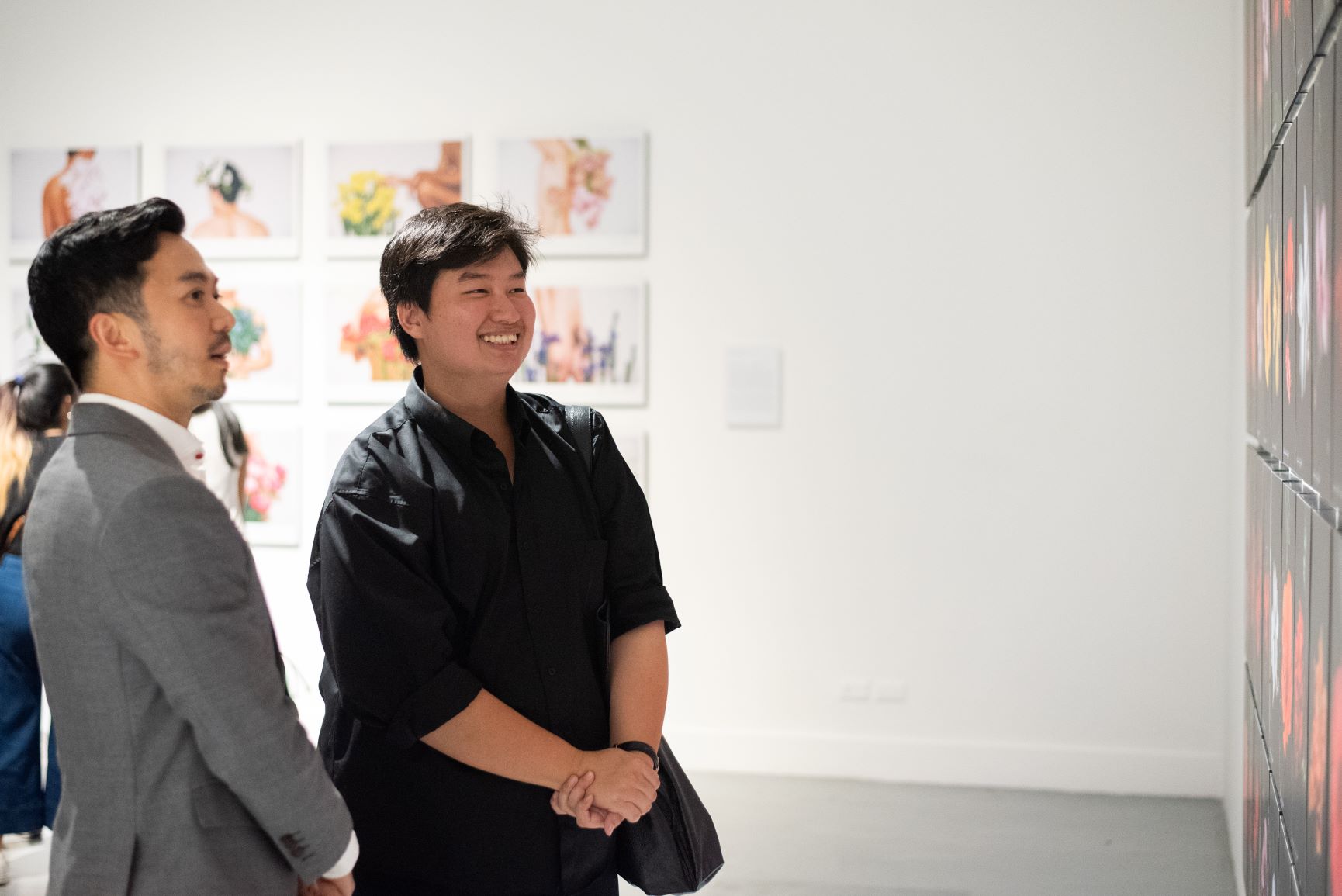 Naraphat currently lives and works in Bangkok. His work has been exhibited in Thailand, Taiwan, Malaysia, The Philippines, Korea and Singapore. Looking back to Naraphat’s childhood, there was a little boy holding flowers in most of his childhood photos. From his notebook, many words with unrelated meaningto the object found as well. Flower and word became Naraphat’s unique style in his photography. 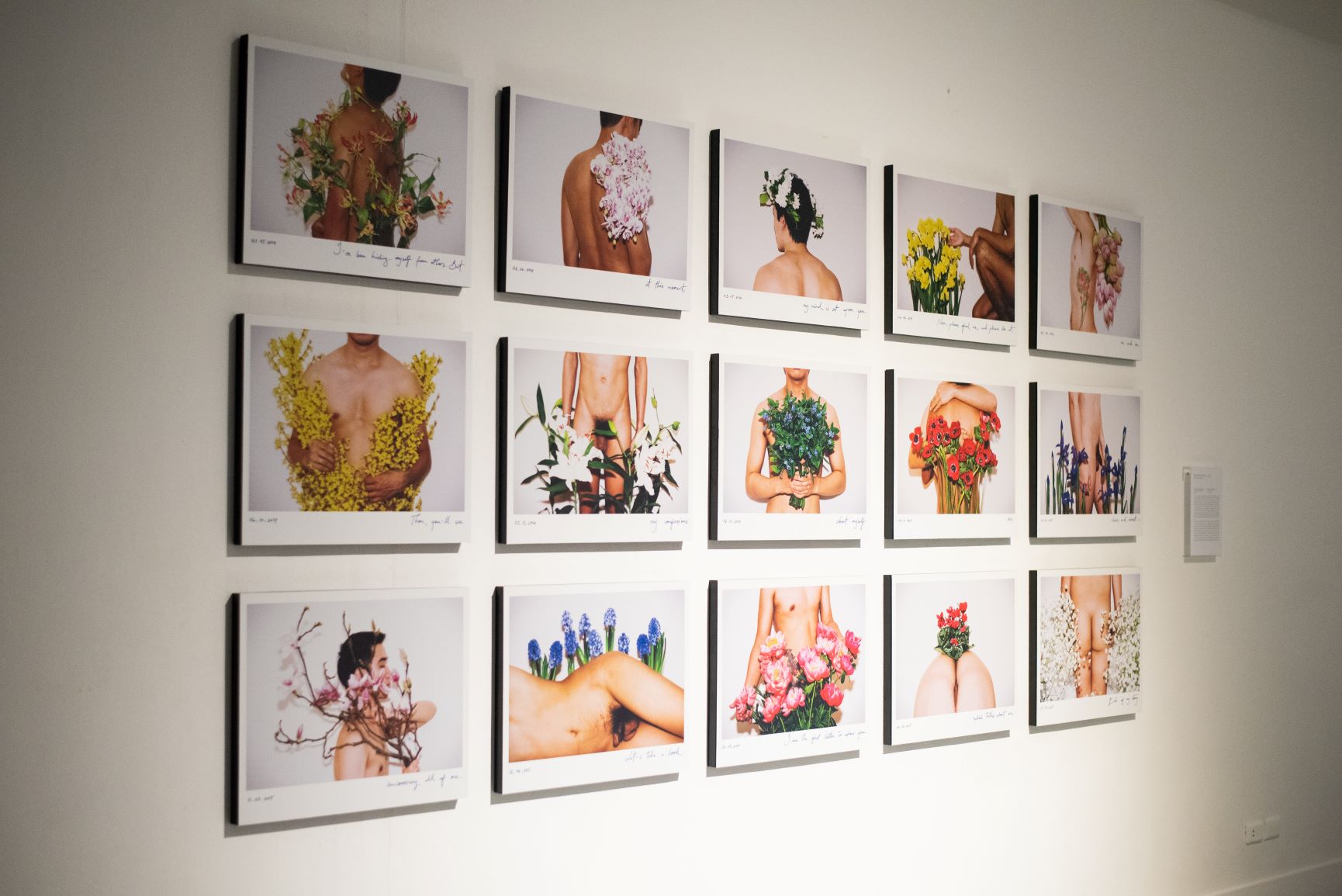 Naraphat Sakarthornsap, “Cushing Out My Confession”, 2015 | Image Courtesy of the artist and Bangkok Art and Culture Centre

Naraphat’s story has been spread around and made fun of after he came out of the closet to someone he trusted. He was disappointed and got hurt by this experience – his sexuality was revealed in the public by someone he trusted. Naraphat began to looking for ways to cure his soul. In 2015, Cushing Out My Confession was created, photographing a series of work with flower and body.

Using photography as a medium of communication, Naraphat invited and brought his friends and teachers he met during childhood as well as strangers to his safe space, turning them as the subject of his photography. They shared and exchanged life stories without making any judgments during shooting. The nude bodies in the photos represent the trust built between the subject and Naraphat. They were willing to show their nude bodies in front of Naraphat, which also means that Naraphat was ready to expose himself in front of the public. Naraphat rediscovered himself in that year’s photography project.

There is always full of myths when people raise questions on his sexual orientation, causing Naraphat created Ignorant Bond, a work to response the non-essential questions and to represent a diverse spectrum of gender and sexuality.  50 different chaba flowers (hibiscus) have been found from different districts in Bangkok. The chaba flower has both male and female parts. According to the surrounding environment, various types, colours and shapes will be developed. Naraphat shows and shares the photos with friends after shooting the chaba flowers. His friends do not describe the flowers as “homo chaba flower” or “trans chaba flower”, highlighting that there is unnecessary to differentiating and distinguishing the subject by gender and sexuality. 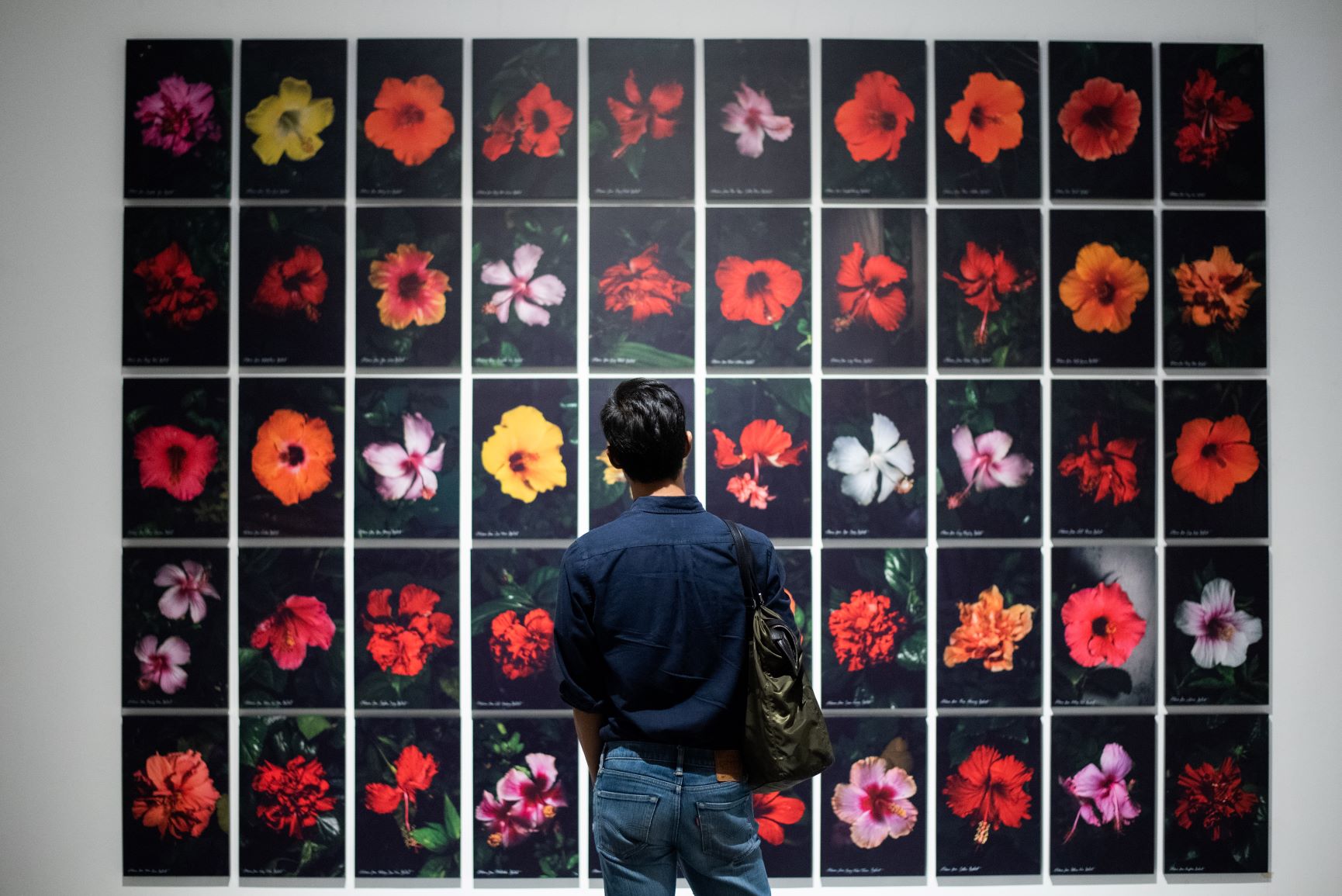 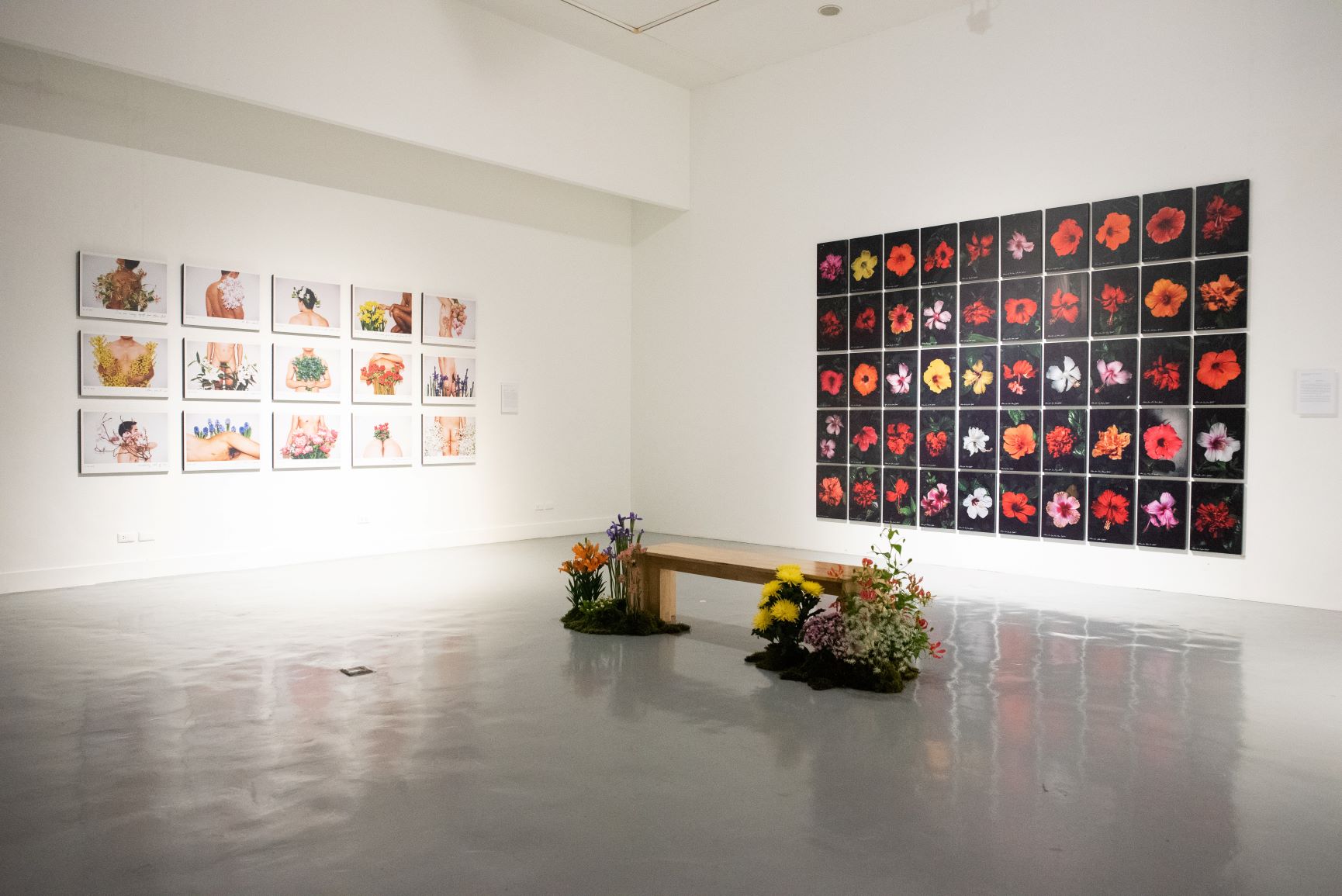 In the “Spectrosynthesis II”, Asia’s largest LGBTQ art exhibition in this year, the audience can come to the safe space of Naraphat to decode his “language of flowers“.