‘People sometimes don’t react for the sake of reaction. You merely listened to your fundamental voice, and then expressed. The function of art is to inspire more people’s imaginations. The artist’s mission is to propose a work that stimulates or provokes audiences for leading their own self-conversations, and further letting individuals create their own value.’ — Hsi Shih-Pin

With a background in architecture, Hsi Shih-Pin graduated with a MFA in Plastic Arts from Taipei National University of the Arts. Hsi is good at selecting the fundamentalshape and appearance of the daily object to build the special form and space by the process of deconstruction and reconstruction. His fantasy artworks have been collected by Hermès, Louis Vuitton and The Peninsula Paris. 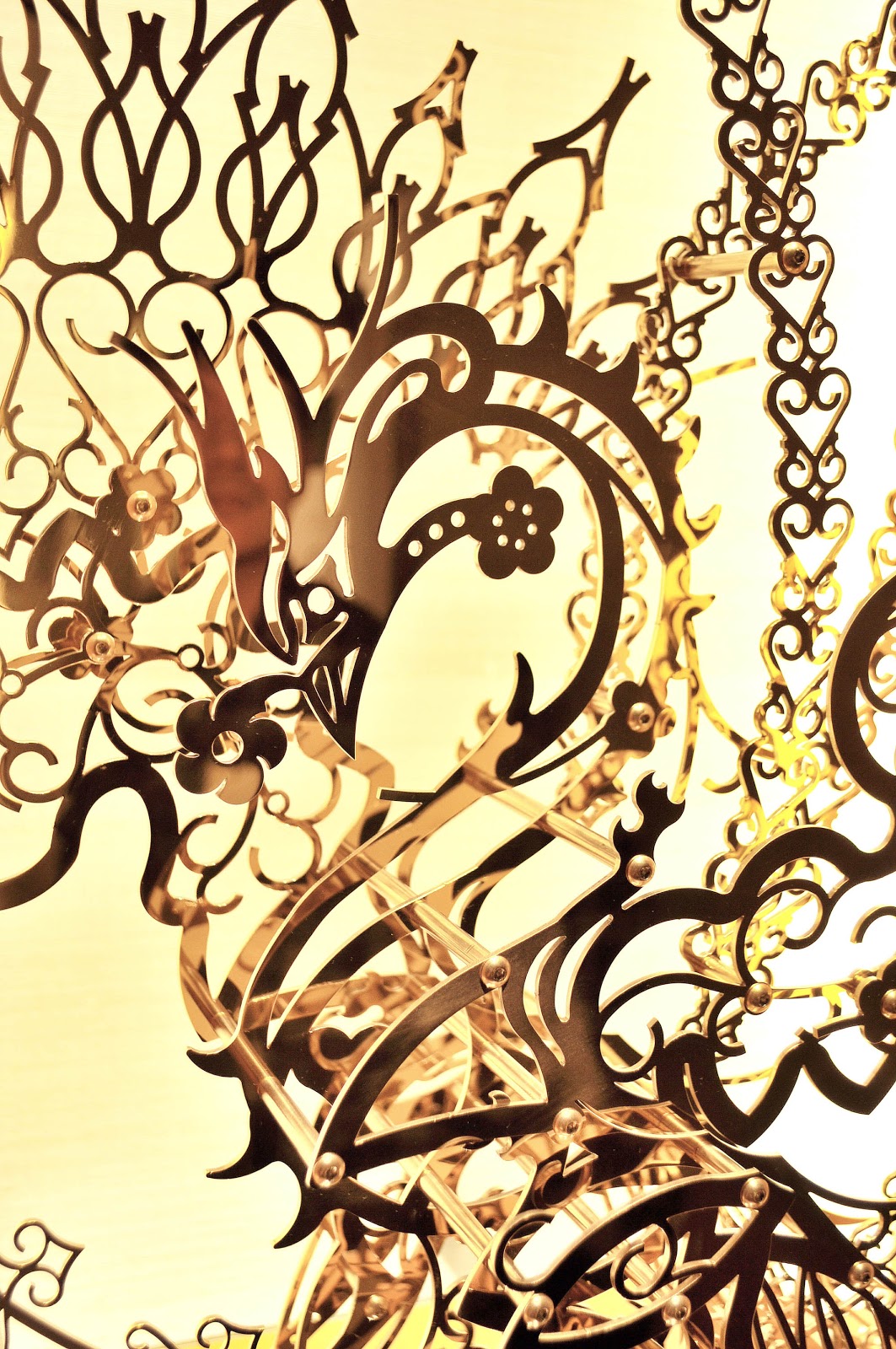 Hsi Shih-Pin, ‘Uhugu – The Phoenix of the Window Railing’, 2012 (Detail), Collection of Louis Vuitton | Image courtesy of the artist and Louis Vuitton

Hsi focus on sculpture and installation, outlining the disappearance and imagination of everyday objects through his body of work. From classic to digital age, he has been practising the fantasy between architectural graphic and nature by outliningsomething beyond our perceptions and physical ‘memory’.

Hsi Shih-Pin, ‘Buck of Freedom’, 2015 | Image courtesy of the artist and Sunpride Foundation

Many objects in daily life were reorganized after being split by Shi. Simple things become complicated, but the complex form merges into one. In the exhibition ‘Spectrosynthesis’ at Taipei in 2017, a male conjoined deer was represented in his work ‘Buck of Freedom’. In a simplified way, Hsi combined the necks, chests, waists, buttocks and tails of two male deers together. In a complicated way, the extra space after emergence gives room for imagination. The pistol under the crotch symbolizes the desire of the male deer whose foot stepping on the sewing machine’s presserseems eager to move with losing patience.

By adding gold and blue, the color contrast of the pistol is enhanced. Meanwhile, the fifth pair of antlers put on the head of the male deer in a more aggressive posture while the eight deer legs seem to reproduce the freeze frame of the eight moments in the Mercedes. Moving and freezing, the ambiguous relationship between one and the other is sometimes violent and sometimes mild.

Exhibition view of ‘The Party Before Boarding The Noah’s Ark’, 2019 | Image courtesy of the artist

Hsi likes wandering in the mythical time and space to get inspiration from Biblical allusions. In the exhibition ‘The Party Before Boarding The Noah’s Ark’, the story of Noah from Catholicism of Biblia Hebraica is appropriated. In accordance with God’s instruction, Noah constructed an ark to guide the animals from escaping the flooding. In the Bible, the animals that can enter the ark are ‘one-on-one, male and female’. It is such a large scale wedding held in the ark. Under the guidance of a knight directing to the unknown land, ‘The Noah’s Ark’, a spaceship carrying various animals, is constructed of aluminium. His other work ‘Pegasus Unlimited 009’, with aheight of over 3 metres, also appropriated the story of Pegasus, the son of Poseidon and Medusa from Ancient Greek mythology. For Hsi, ‘the wings of Pegasus are the most beautiful wings in the world. It merely exists in the boundless sky. I have been pursuing Pegasus for many years. It is my lover, my father and me.’ 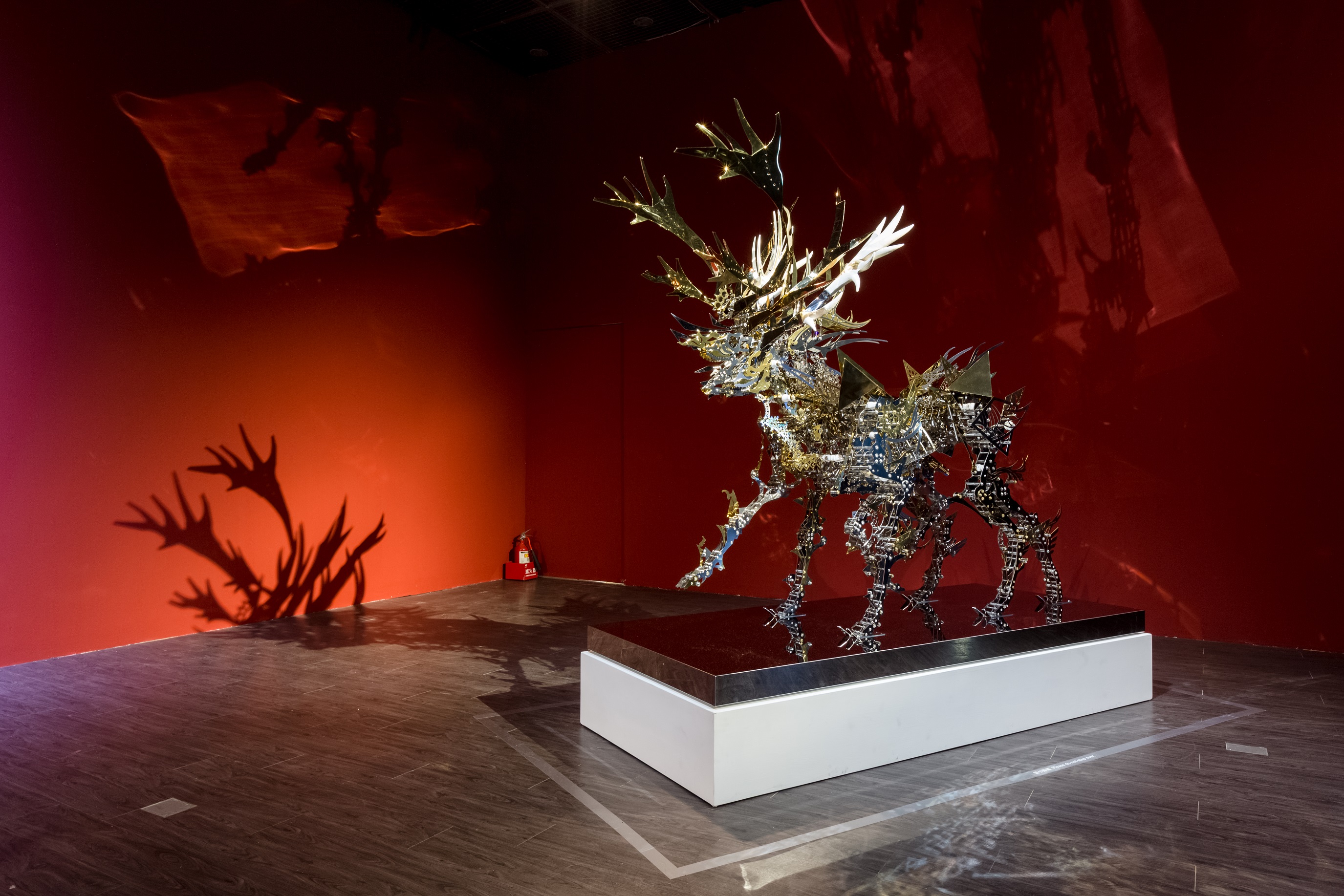 The allusion as Hsi’s most tender fantasy; memory as his most precious thing in his life, included moments of life, moments of playing with cats, and even the touching moment of seeing a rainbow on the road. In 2019, ‘Buck of Freedom’ ran from Taipei to Bangkok. The work has been shown in the exhibition ‘Spectrosynthesis II’ at Bangkok Art and Culture Centre, opening up a completely different dialogue with audiences and creating tender fantasy and precious memory.