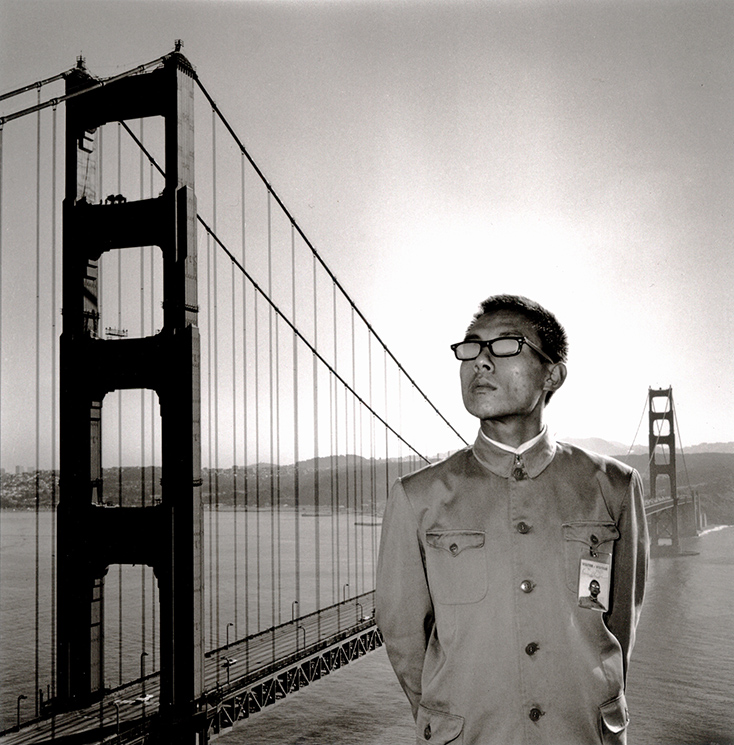 “I am an inquisitive traveler, a witness of my time, and an ambiguous ambassador” — Tseng Kwong Chi 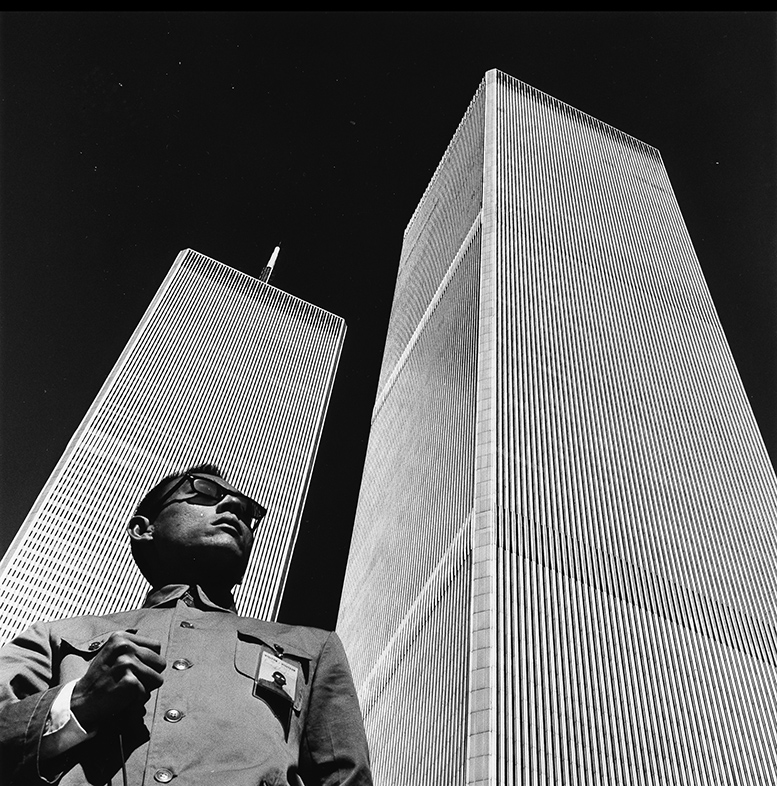 Born in 1950 in Hong Kong, Tseng Kwong Chi, also named Joseph Tseng, was a photographer, performer, and conceptual artist. At the age of 16, Tseng immigrated to Vancouver, Canada with family. He studied in Hong Kong, Canada, and France. During his childhood, he studied Chinese painting and calligraphy in Hong Kong. In 1975, Tseng received his formal art training, studying painting and photography at Ecole Supérieure d’Arts Graphiques, L’Académie Julian in Paris, France and graduated with honors. In 1978, he settled down in New York, US. 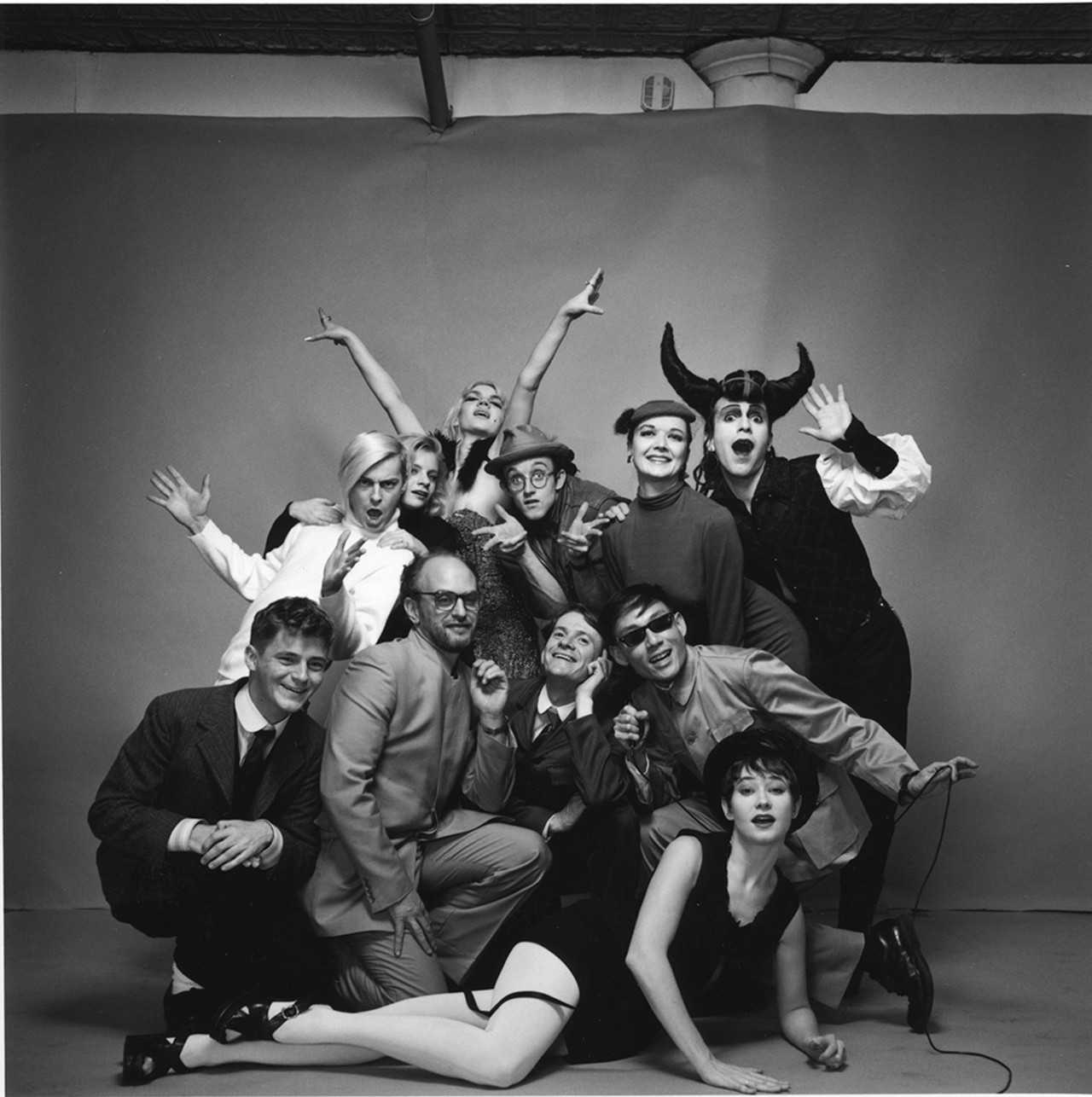 Being a part of a circle of artists in East Village, New York, Tseng was an important documentarian and denizen of the downtown 1980’s New York club and art scene. He documented such luminaries as Keith Haring (1958-1990), Kenny Scharf, and Jean-Michel Basquiat (1960-1988), photographing these artists in intimate and revealing portraits. Invited to be Keith Haring’s official photo-chronicler, Tseng captured his guerilla style underground subway drawings, political actions, and collaborations with peers. This decade-long friendship created the world’s largest photo archive of Keith Haring, approximately over 40,000 images. 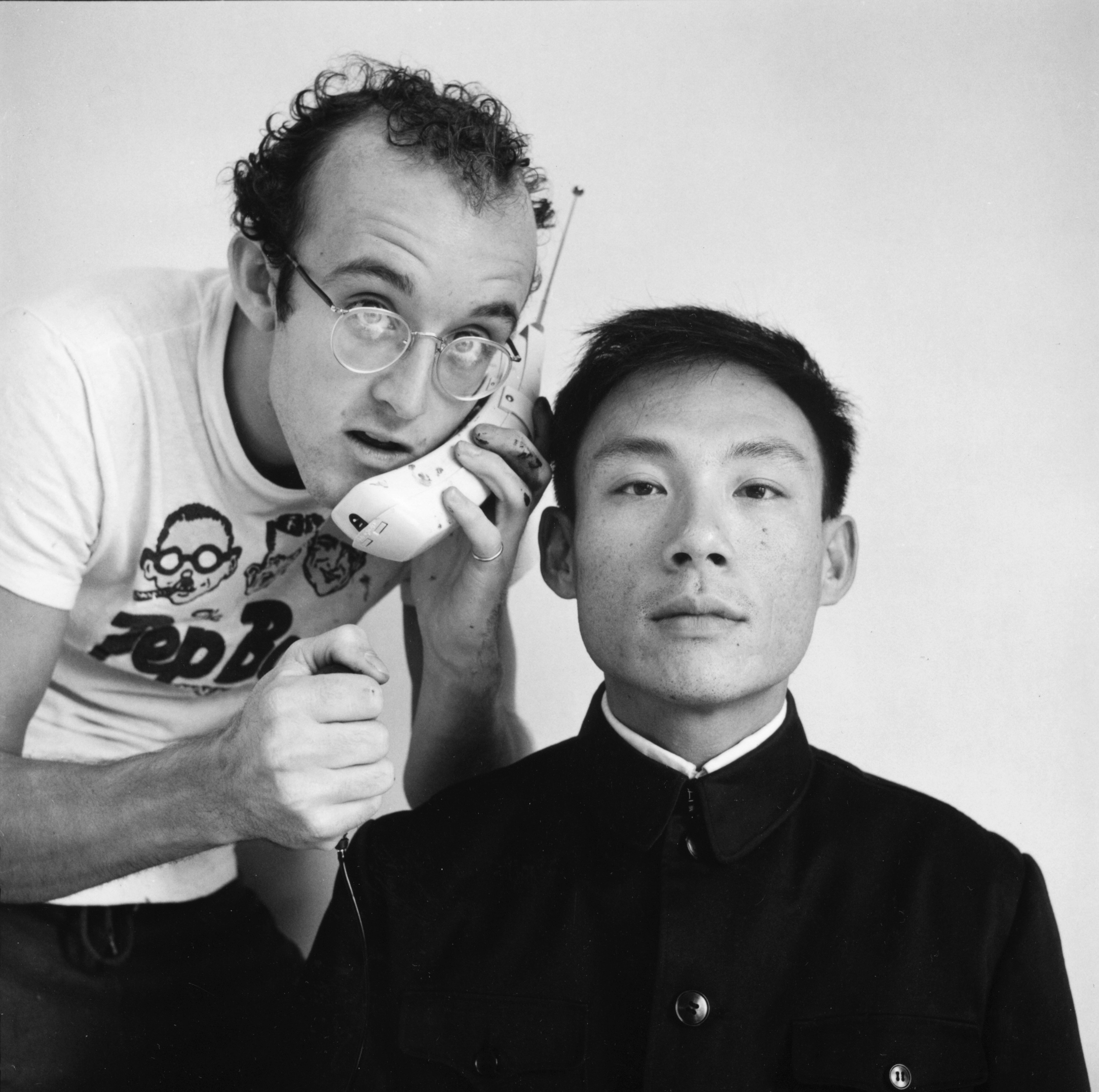 In 1990, Tseng died at age 39 from complications related to the AIDS virus in New York, leaving an enduring body of work that engages major photographic traditions. His series of self-portraits “East Meets West” (1979-1989), taken at iconic sites around the world during late 1970s to 1980s, became Tseng’s best-known work. Tseng’s photographs have been exhibited widely in international exhibitions and collected in numerous prestigious major public museums and private collections all over the world, including Museum of Modern Art, San Francisco; Guggenheim Museum, New York; Walker Art Center, Minnesota; and M+ Museum, Hong Kong.

A series of unique collaborations with Bill T. Jones and Keith Haring

In 1983, Tseng collaborated with Bill T. Jones and Keith Haring, producing a series of unique collaborations in performance and drawing. Bill T. Jones is an American choreographer, dancer and Artistic Director of Bill T. Jones/Arnie Zane Dance Company, and Keith Haring is an American artist and social activist whose work engaged and influenced New York City’s vibrant street culture. They crossed paths in London in 1983 at a time when Haring was opening a major show at the Robert Fraser Gallery, borrowing Jones’ body as the canvas covered in white acrylic paint with the characteristic bold pictograms that represent Haring’s artistic signature. 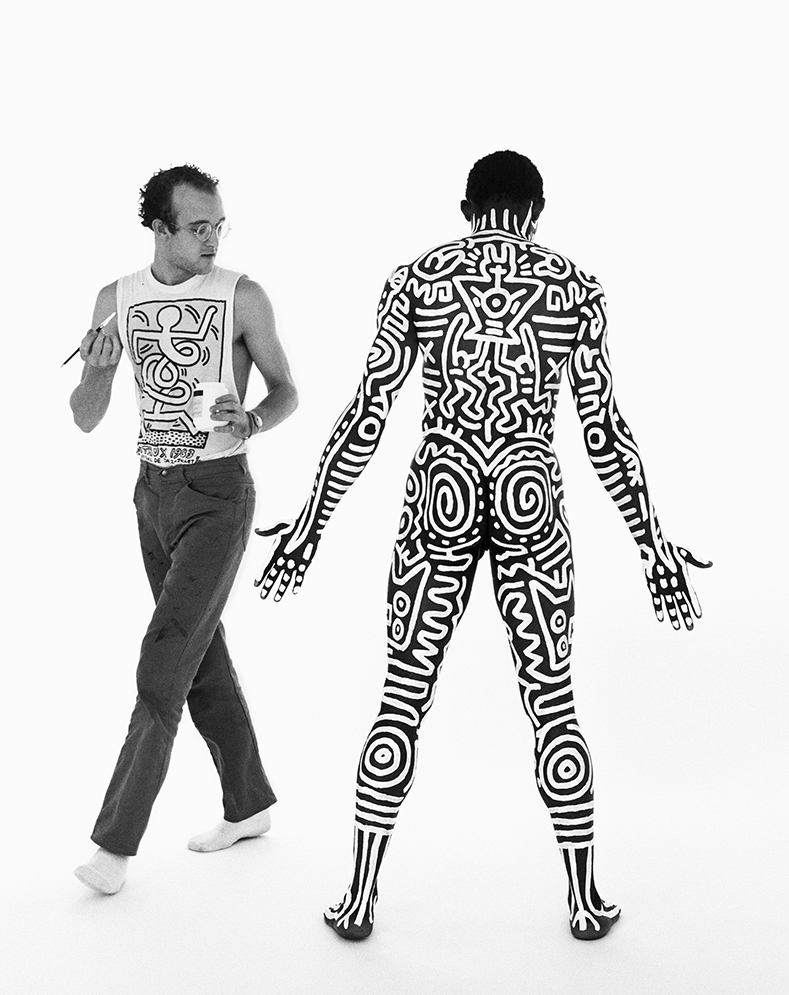 Tseng had been capturing Haring’s art practice in an intimate way and through Haring’s vision, acted as stylist and art director in order to document all the drawings from the front and back of Jones. The collaboration between the three artists resulted in the production of a series of black and white photographs. 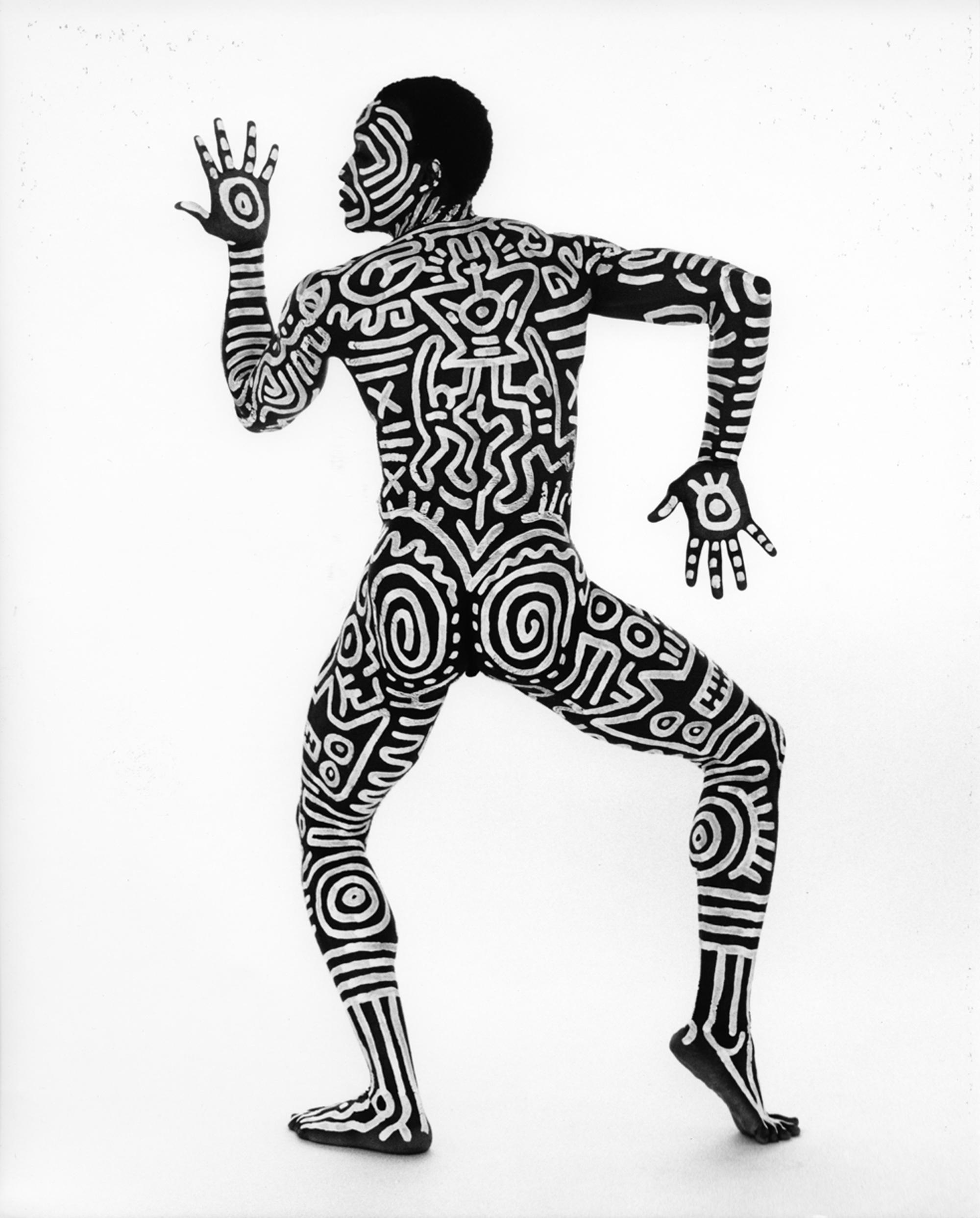 The project started as a response to President Richard Nixon’s visit to China in 1972. Tseng satirized the official and superficial exchange between China (East) and the United States (West), shrouding China as a mysterious entity. In his “East Meets West” series, Tseng   bought the traditional Mao suit, also named as Zhongshan suit to model after Chairman Mao and posed in front of various icons of touristic America such as the World Trade Center Towers, the Golden Gate Bridge and the Statue of Liberty. Tseng often appears as an “Everyman, a traveler, seen in the world’s most famous places”, representing a tourist who seeks a kind of celebrity status by being photographed with cultural and natural icons.

Tseng called the character in his series an ambiguous ambassador. He had first discovered the power of the uniform at a family dinner at Windows on the World, where he had thrown one on at the last minute when he realized that he did not own the necessary suit and tie. To the top-left pocket of the suit, Tseng attached an identity tag / I.D. badge as “visitor,” or sometimes “SlutforArt”. The dark mirrored sunglasses gave the picture a neutral impact and the surrealistic quality.