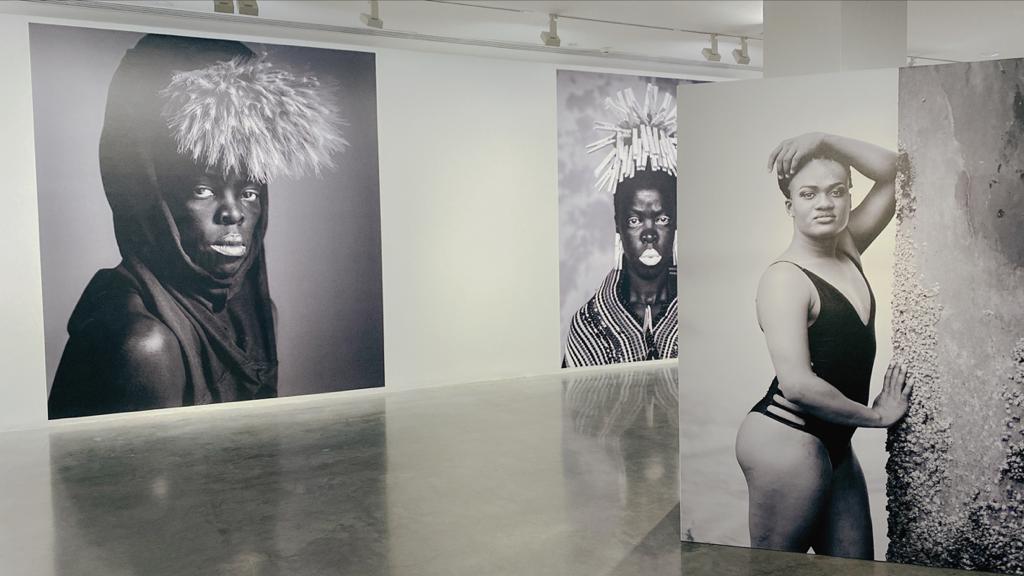 Muholi was born in 1972 in Umlazi, Durban, South African. Few months after her birth, Muholi’s father passed away while her mother worked as a domestic helper in a white family. In 2003, Muholi completed an Advanced Photography course at the Market Photo Workshop in Johannesburg. In 2009, she attained Master of Fine Arts in Documentary  Media  from Ryerson University in Toronto, Canada with the thesis of mapping the visual history of black lesbian identity and politics in post-Apartheid South Africa. Muholi now lives and works in Johannesburg. 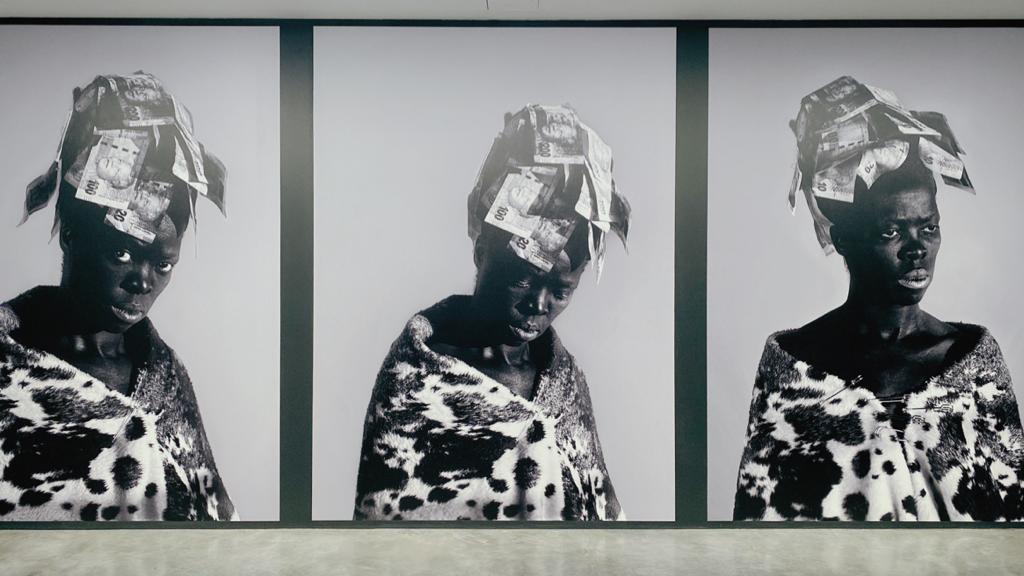 Muholi prefers to describe herself as a “visual activist” rather than an “artist” as she believes that her art and role carry a mission. In 1996, Apartheid legislation was repealed. Afterwards, same-sex marriage was legalized in 2006 but black LGBTQ community in South Africa has been still facing lethal violence such as “corrective rape” targeting lesbians. The criminals think that “they are able to change lesbians’ sexuality and identity” by forcefully engaging lesbians with sexual acts. Muholia has been rewriting the visual history of black queer and transgender from South Africa by her photography for the world to know the resistance and existence of black LGBTQ community. Her photography also presents the beauty of black skin. In the early period, photography was mainly black and white. The audience’s eyes are already used to black and white photos. But, Muholi thinks that generally photographers do not think deeply about how the new art form captures the depth and richness of black skin.

Muholi’s work has been exhibited in three important art biennales in the world since 2010 including the 29th São Paulo Biennial, dOCUMENTA 13, the 55th & 58th Venice Biennale. Her work is now shown in the 22nd Biennale of Sydney.

Muholi’s three important series are Faces and Phases (2006-), Somnyama Ngonyama, Hail the Dark Lioness (2012-) and Brave Beauties (2014-). As Muholi was aware of the absence of LGBTQ community from the visual history, Faces and Phases began few months before same-sex marriage was recognized in South Africa during 2006. Muholi chose to photograph people she knows including black lesbians, transsexuals and non-binary people from South Africa. She maintained those relationships and produced follow up images in different periods for building living archive. 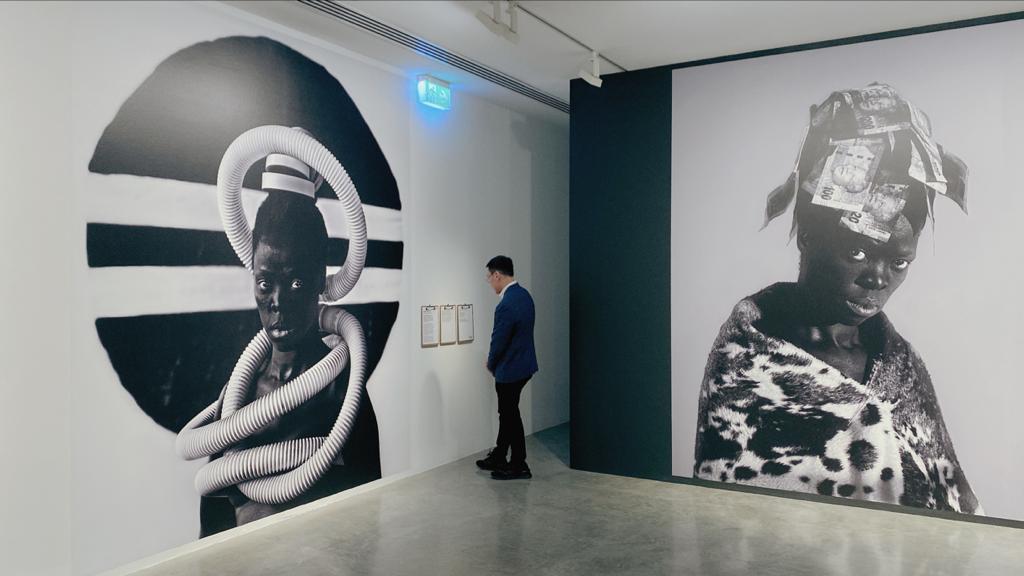 Later, the series of Somnyama Ngonyama, Hail the Dark Lioness started in 2012. Owning multiple cultural identities – female, black and queer, Muholi uses her body to respond to racism in today’s global society. Every self-portrait is named in Zulu, her mother language. Also, every self-portrait is full of unique visual symbol and atmosphere. Symbolized objects such as scouring pads, clothespins and washing machine tubes are linked to and associated with the issues of race, gender, labor, global economies, ideas of beauty and the environment. Those represent her journey and exploration in her self-representation and its possibility. 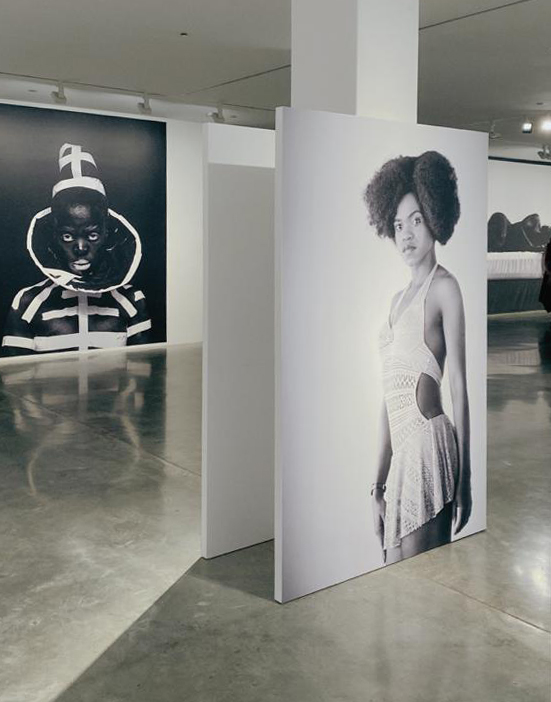 The series of Brave Beauties was brought to life in 2014, the year of South Africa’s 20th anniversary of democracy. The subjects in the portraits are transsexual women from different parts of South Africa.  Most of them have won community-based beauty pageants. In LGBTQ community, beauty pageant is a cultural event including music and dance performances to enhance the understandings of LGBTQ’s history and experience.