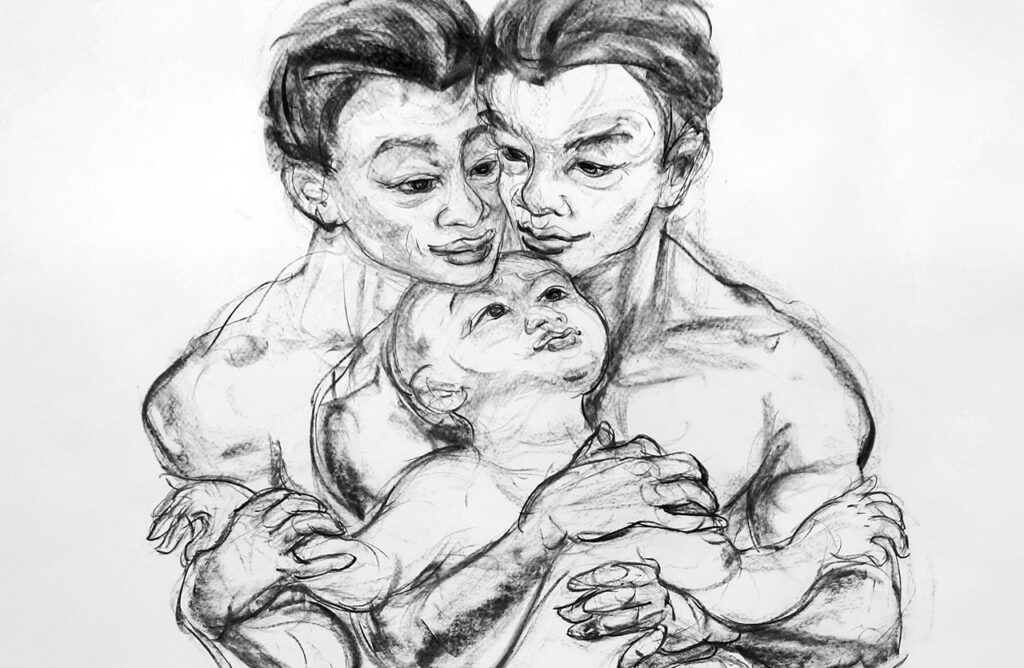 “The last one was a lengthy full page feature in 2011 about my family. Details about my domestic life as a gay spouse in the USA was omitted, such that only half of the interview remained. The heavily edited article made me sound whinny as opposed to being celebratory about the domestic bliss I found.”
– Jimmy Ong 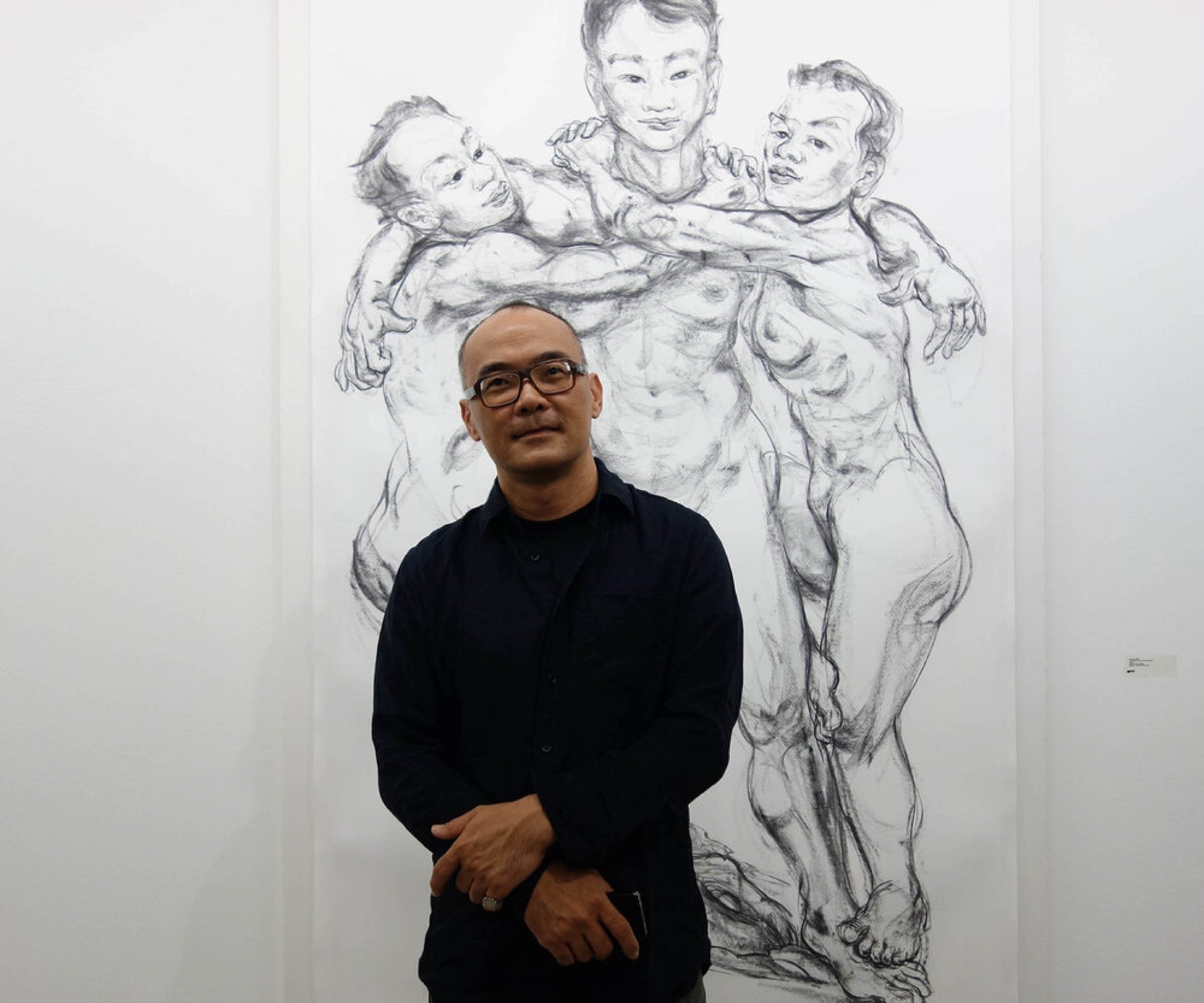 Jimmy Ong is one of Singapore’s outstanding contemporary artists. Since his first solo exhibition in the 1980s, Ong has been known for his very symbolic charcoal paintings on large-scale papers. In his early work, the gender identity and role under the traditional Chinese family were his concerned theme. Ong has been exploring multiple identities and perspectives – the coexistence issues of gender, race, nationality and generation in his past art career. 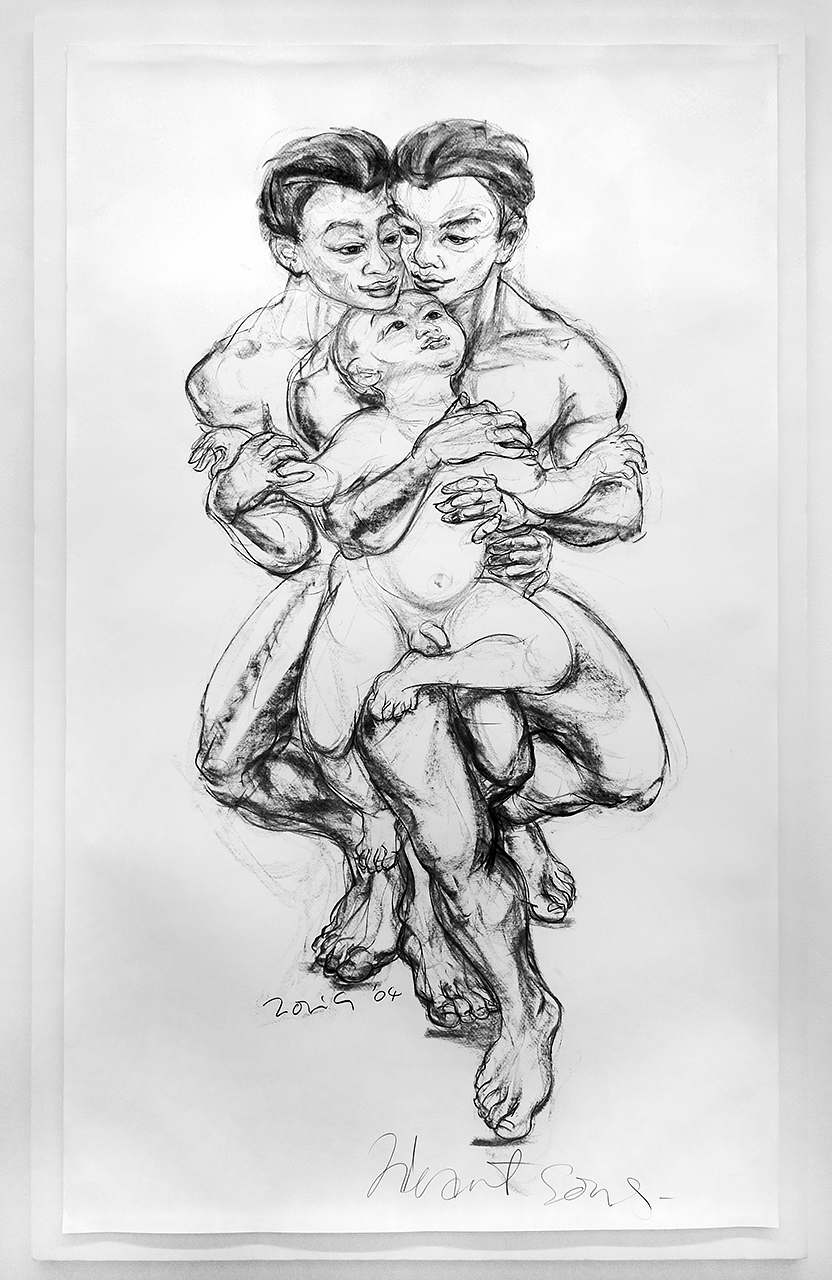 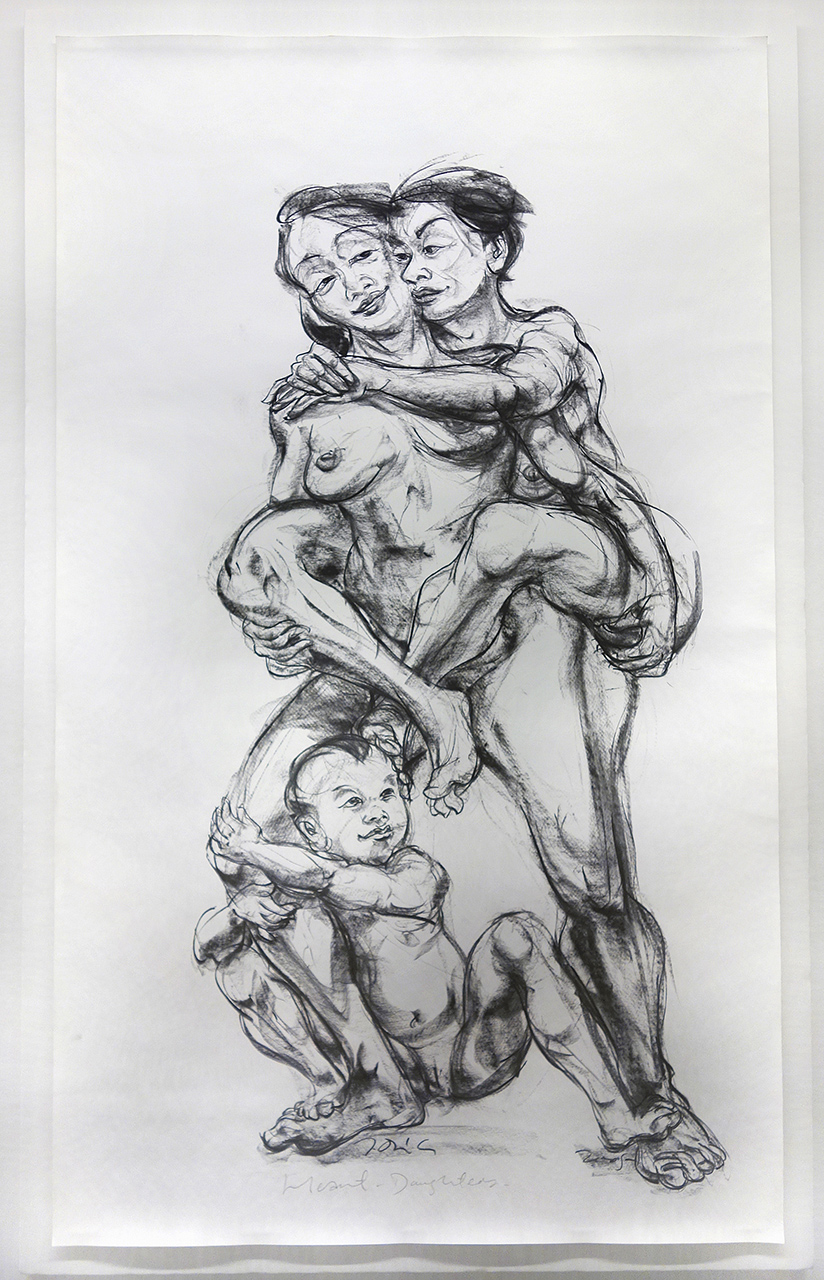 Ong’s work got the inspirations from his personal experience and body shape. His artistic creation is regarded as a process of ‘creative self-healing’ by himself. As a part of same–sex marriage, he has started to pay more attention to the role of family and marriage in recent years. From individuality to diversity, the archetype of genderhas been conveyed by mythology and spiritual form. In 2010, his pioneeringexhibition ‘Sitayana’ premiered at Tyler Rollins Fine Art in New York. Afterwards, those artworks in the exhibition have been collected by National Gallery Singapore, marking a new starting point for Ong‘s creation of diverse social issues. Starting from feminism, Ong interpreted Indian epic poetry ‘Ramayana’ in a new perspective. It became the significant source of inspiration to traditional and popular culture in Southeast Asian regions. 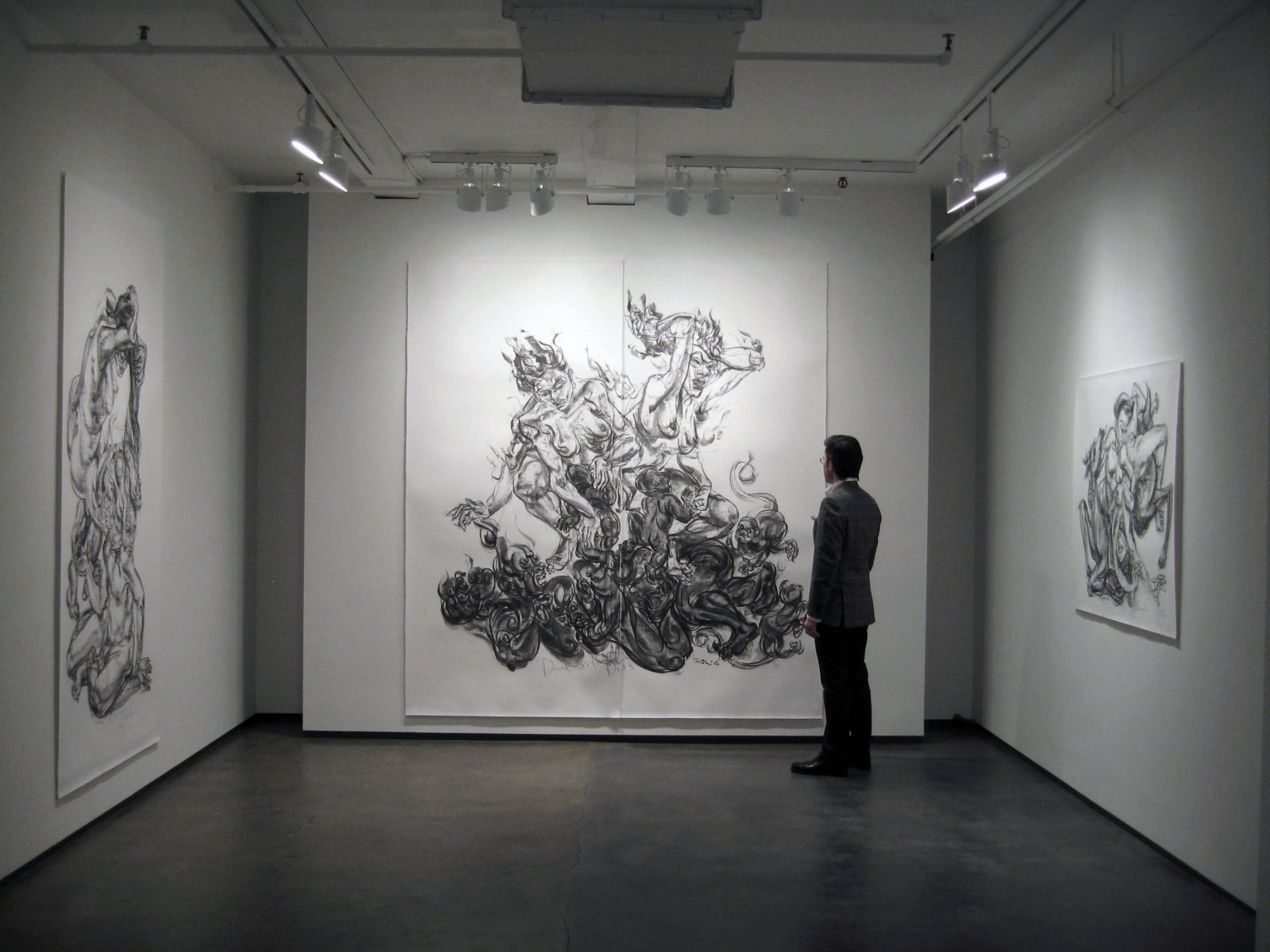 From 2003 to 2005, Ong travelled between Singapore and the United States. During that period, homosexuality was regarded as illegal act in Singaporean society.Meanwhile, Ong’s father passed away and Ong reunited with his mother whom he has not seen for many years. Ong has been spiritually touched by his hometown, making him consciously create works related to issues of gender, family and stereotype. 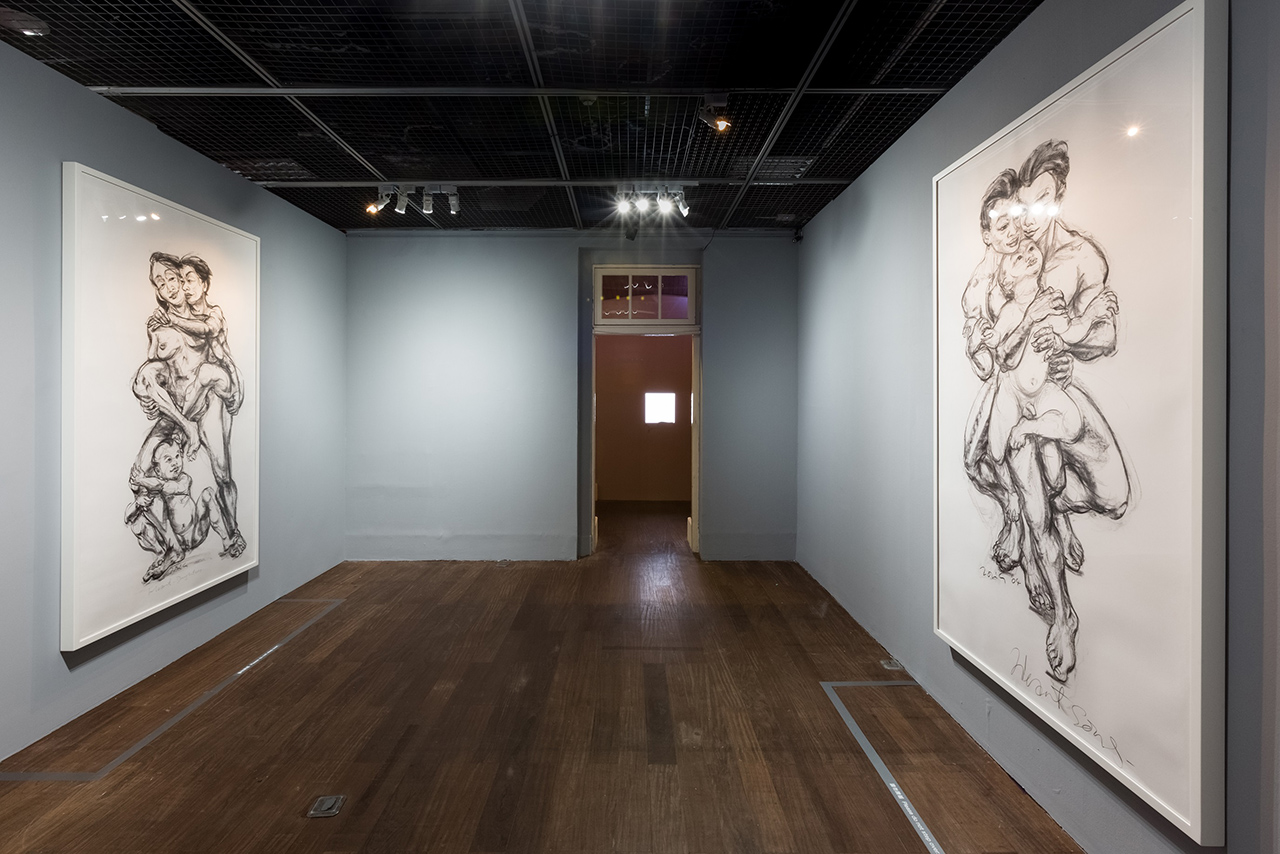 Exhibition view of ‘Spectrosynthesis’ at Museum of Contemporary Art, Taipei in 2007 | Image courtesy of the artist, MOCA Taipei, and Sunpride Foundation

In 2017, ‘Heart Sons’ and’ ‘Heart Daughters’, his two paintings created during that period, were shown in the exhibition ‘Spectrosynthesis’ at Taipei. In the ‘Heart Sons’,same-sex couple is outlined by the charcoal and soft line. With gentle, firm and loving eyes, the couple is looking at the child who is held together in their hands. In the ‘Heart Daughters’, female same-sex couple is outlined. One of them is carrying the other half and the child next to her leg is close to each other. In the same-sex marriage, same-sex couples are fearless, support and pamper each other. Ong saidthat ‘many same-sex couples also have expectations for the family, but we are now suffering now.’ 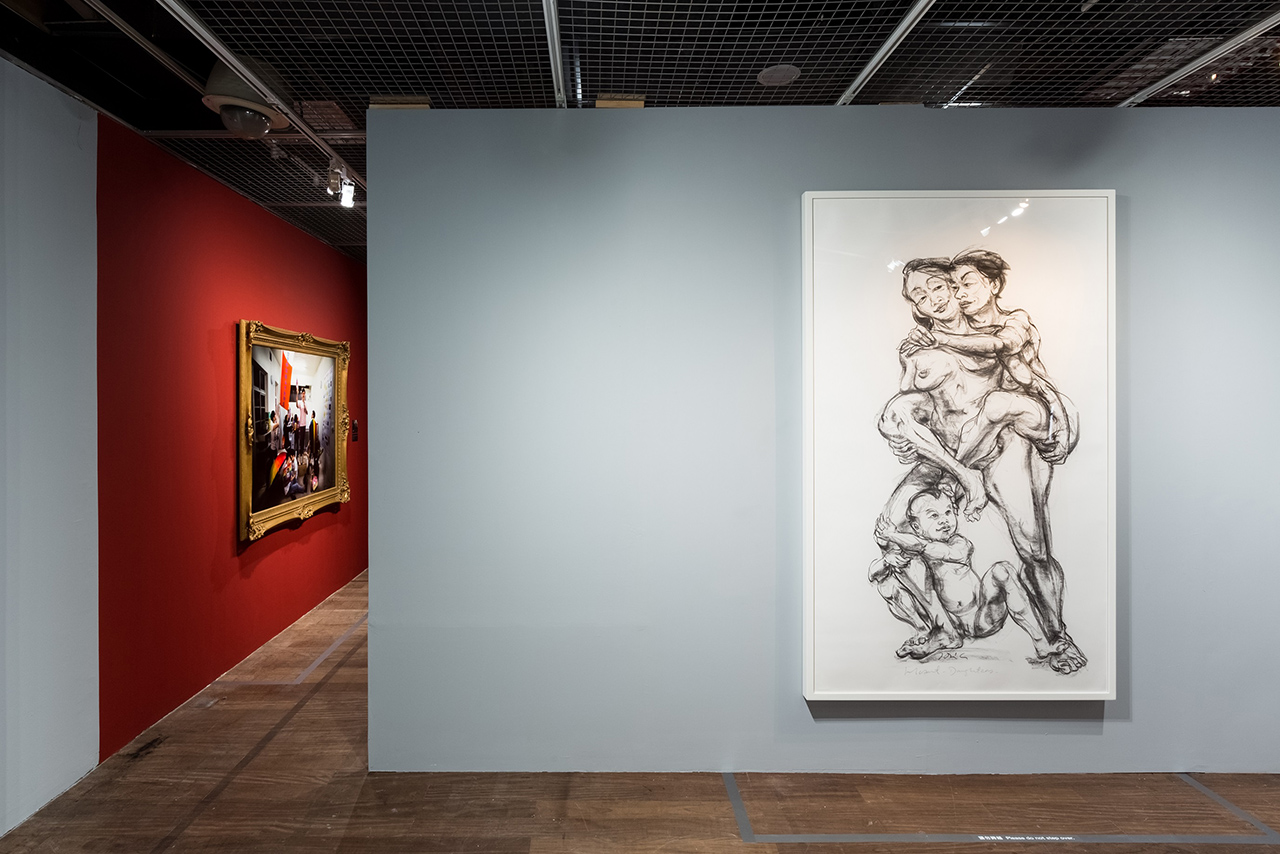 Exhibition view of ‘Spectrosynthesis‘ at Museum of Contemporary Art, Taipei in 2007 | Image courtesy of the artist MOCA Taipei, and Sunpride Foundation

Gentle brushstrokes blend gender issues into the work. The close physical contact breaks the traditional setting of family roles. The paintings provide the possibility of diverse families as well as allow us to rethink the stereotypes of gender roles.

Why I Collect: Patrick Sun | As told to Nick Yu for Art Basel