“The formation of a symbol is made by the minimum number of lines to indicate the entire object. This is common to all languages, all people, all times.” – Keith Haring

Keith Haring is regarded as an artist and activist representing New York East Village art scene in the 1970s and 1980s. Born in 1958 in Pennsylvania, US, Haring was attracted by popular cartoon and comic such as Walt Disney and Dr. Seuss during his childhood. He learned basic cartooning skills from his father when he was a child. After grew up, he moved to New York City in 1978, studying painting at the School of Visual Arts during day time while working at the nightclub at night. 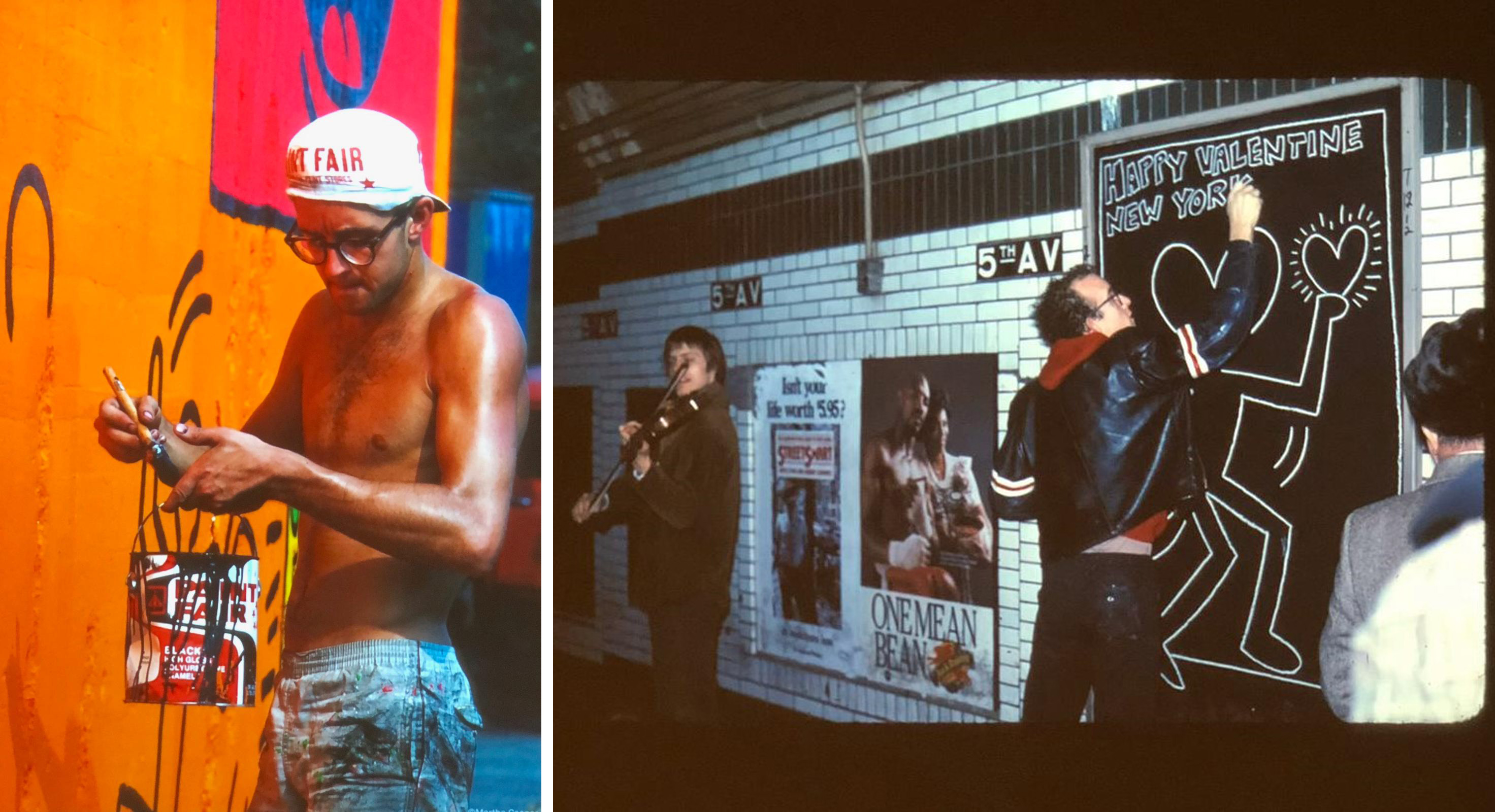 Haring drawing graffiti in the subway and on the street of New York City,
Tate Liverpool, 2019 | Photo: Courtesy of Sunpride Foundation

In early 1980s, Haring rose to prominence with his graffiti drawings made in the subways and on the sidewalks of New York City. He later developed a distinct graffiti aesthetics centered on fluid and bold with bold outlines. His body of work is mainly surrounded by political dictatorship, racism, homophobia, drug abuse, AIDS and capitalism. After diagnosed with AIDS in 1988, Haring established the Keith Haring Foundation providing imagery and funding to AIDS organizations and children’s programs in order to raising public awareness on AIDS. In 1990, Haring finally died of AIDS related complications.

Symbolism as the centre of Haring’s work

Haring fascinated by the use of symbols to create his language. He studied semiotics when attending at the School of Visual Arts in New York. He believes there is a basic structure within all forms. The formation of a symbol is made by the minimum number of lines to indicate the entire object. This is common to all languages, all people, all times.

Haring liked painting dogs as same as human beings with two legs in his work. The dogs represent Anubis, the Ancient Egyptian god with a jackal’s head and human body who watches over the dead. The dogs dancing, barking or biting in Haring’s work can be decoded by the Egyptian conceptions of life and death.

The crowd is one of Haring’s iconic images as well. When Haring was 10 years old, he watched the news of Vietnam War, race riots, the Jonestown massacre, John Lennon’s murder case and apartheid in South Africa from the television. For the negative phenomenon, the symbol of crowd can be decoded by the reference of murder, tragedy or control by dictatorship. For positive phenomenon, the image of crowd symbolizes united front against oppression.

The symbol of the stick references to weapons, torture, murder, power or empowerment. The dotted body symbolizes otherness including homosexuality, skin colour and AIDS. The body with X or a hole in stomach represents don’t shoot or the shooting target.